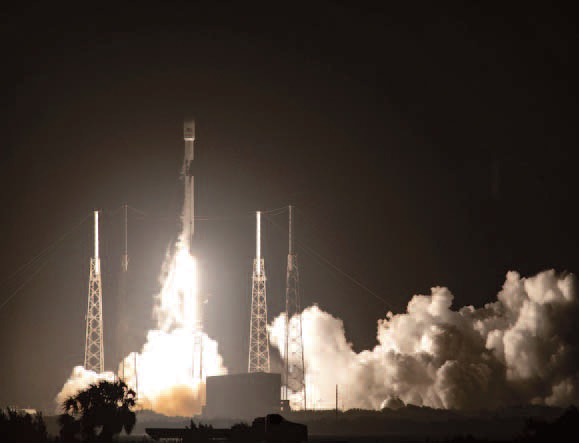 GPS III SV04 separated from its upper stage approximately 90 minutes after launch. Engineers and operators at Lockheed Martin’s Waterton Facility will now begin on-orbit checkout and tests, which are estimated to complete in approximately one month. Operational use is expected to begin in a few months. 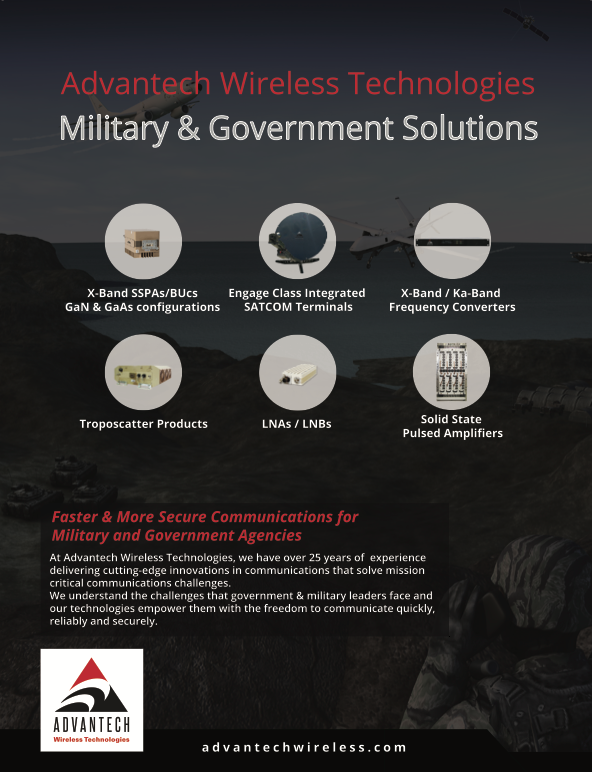 The fourth Lockheed Martin (NYSE: LMT)-built Global Positioning System III (GPS III) satellite is now headed to orbit under its own propulsion. Following a successful launch on November 5, GPS III Space Vehicle 04 (GPS III SV04) separated from its rocket and is now using onboard power to climb to its operational orbit, approximately 12,550 miles above the Earth.

In the coming days, GPS III SV04’s onboard liquid apogee engine will continue to propel the satellite toward its operational orbit. Once it arrives, the engineers will send the satellite commands to deploy its solar arrays and antennas and prepare GPS III SV04 for handover to Space Operations Command. 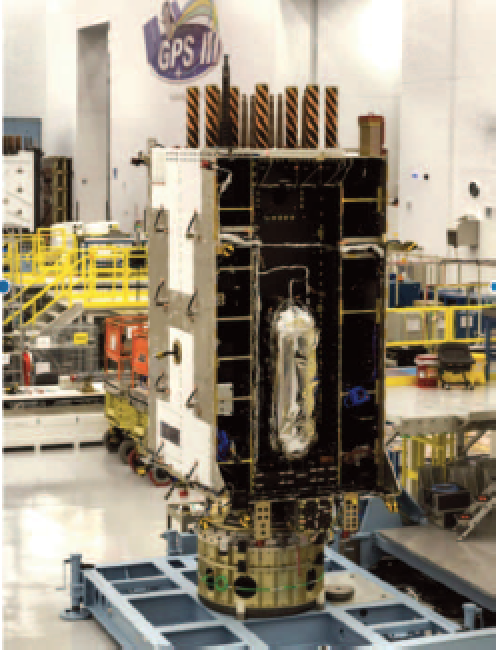 GPS is part of the U.S.’s critical national infrastructure, driving an estimated $300 billion in annual economic benefits and responsible for $1.4 trillion since its inception. Globally, more than four billion military, civil and commercial users depend on GPS’ positioning, navigation and timing signals.

“With GPS III we are focused on rapidly fielding the best capabilities to the Space Force’s Positioning, Navigation and Timing (PNT) Mission,” said Tonya Ladwig, Lockheed Martin’s Acting Vice President for Navigation Systems. “We are proud of our industry-government team on the launch of GPS III SV04. GPS III SV05 is already ‘available for launch’ and just waiting to be called up.”

OpenSpace is a leap forward in ground network technologies that allows operators to apply advances in Software-Defined Networking (SDN) to the special needs of the space industry. SDN technology is already common in the broader communications and IT worlds, however adoption of SDN has been slower in the space industry, in large part because of the unique challenges of virtualizing Radio Frequency (RF) equipment and reliably digitizing the RF waves that are the staple of satellite operations.

Kratos has solved these challenges by virtualizing hardware components in its quantum™ line and by reliably digitizing RF signals for processing in digital environments. Now, with OpenSpace, Kratos moves beyond virtualization to add the orchestration, control and management capabilities that can create truly dynamic ground systems in which practically every element of the network potentially can become software-defined—almost all except the satellite and antenna.

According to Kratos, OpenSpace disrupts the decades-long paradigm of ground networks based upon purpose-built, often proprietary hardware and stove-piped software applications in favor of standards-based, fully integrated, end-to-end service delivery running on COTS servers or in the cloud. OpenSpace’s comprehensive SDN framework means operators can leap ahead in the transformation of their ground systems, employing accepted techniques from the broader communications industry.

The OpenSpace platform architecture incorporates four operating areas: OpenSpace VNFs are software applications that replace dedicated satellite hardware technology, such as receivers and recorders. Every OpenSpace VNF is built for cloud-native deployment on generic x86 compute resources without the need for Field Programmable Gate Arrays (FPGA) or Graphics Processing Units (GPU). OpenSpace VNFs can be purchased standalone or together as service chains.

The OpenSpace Controller is the brain center that coordinates the deployment of VNFs as service chains to support a specific Service Level Agreement (SLA) or mission. Using industry-standard interfaces such as MEF LSO, the OpenSpace Controller can orchestrate OpenSpace and third-party VNFs and interface directly with third-party service and resource orchestration frameworks, enabling truly dynamic network operation and vendor-independence.

OpenSpace Digitizers reliably convert RF signals at any frequency band into a VITA49 Digital IF format that can be easily transported globally over a standard Ethernet/IP network. It preserves both frequency and timing characteristics, even over impaired Ethernet/IP network links when working with OpenSpace’s VNF for WAN Transport Protection. 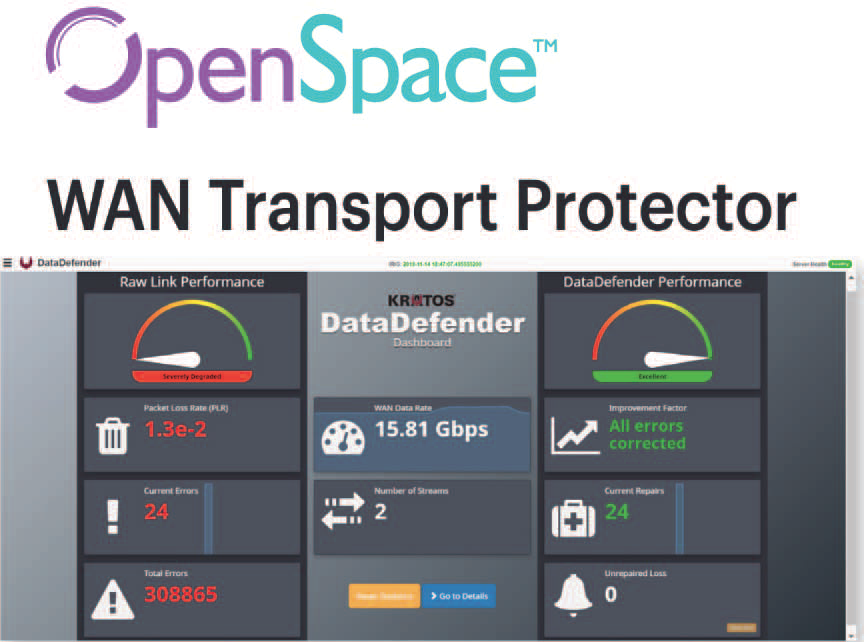 OpenSpace removes that bottleneck, bringing ground systems to par with their surrounding technologies and advancing the movement to disaggregate space systems from ground systems. Numerous, high-value advantages result, including: Virtual functions can run on generic, inexpensive computers or in the cloud instead of expensive, purpose-built equipment. Intelligence can be built into the network to implement new services quickly, shifting resources to where they are needed; a process that can take weeks in today’s static ground systems.

Ground systems can potentially support not just satellites from multiple manufacturers, but multiple orbits simultaneously. The network achieves far greater levels of security, self-healing and resiliency to changing conditions such as hacking or interference. It becomes possible to bridge the data, transport and management aspects of satellite systems to provide a unified interface that describes service chains across network components, enables automation of those service chains, and delivers a common operating picture across all resources.

For more information about the OpenSpace platform and the products introduced in the OpenSpace family, visit this direct infolink…

In addition to the release of the OpenSpace Controller, Kratos separately announced two new VNFs for EO and Sensing service chains, the OpenSpace WAN Transport Protector (OWTP) and the OpenSpace Stream Processor/Recorder (OSPR). Kratos debuted its first VNF, the OpenSpace Wideband Receiver, in August of this year.

According to Yves Pitsch, Principal Product Manager, Azure Networking at Microsoft of Microsoft’s recently announced Azure Orbital Ground Station-as-a-Service offering, which employs OpenSpace products in its service architecture. “An SDN-based architecture like OpenSpace’s is critical to our ability to provide our customers with a platform that is complete, economical and easy to use. Virtualized operations provide us with the flexibility and scalability we need to optimally support many different customers, missions, satellites and other specialized needs without specialized hardware.”

“Going back to the very early days of space missions, satellites and their ground systems were designed from scratch to work together in tandem using custom hardware and software,” explained Phil Carrai, President of Kratos’ Space, Training & Cybersecurity division. “Over time, those ties have loosened as both satellite and network technologies have evolved—in fact, for decades Kratos has been a leader in developing standards-based signal processing and ground management products that work with multiple satellites in multiple mission frameworks—however the ground and the satellite have not been able to operate fully independently until now with OpenSpace.”

Communications networks in other industries have increasingly adopted virtualization and, more recently, SDN as their new paradigm. Where virtualization converts functions that once were hardware into software, an SDN-based model like OpenSpace goes much further by adding a standards-based platform logic coordinating these virtual components. “SDN technology makes communications and IT networks faster and more automated, resilient and flexible so that they can change and adapt rapidly to changes in network supply, demand and threats,” commented Greg Quiggle, VP of Product Management for Kratos Space. “Ground systems must keep pace with these innovations. Otherwise, today’s purpose-built, hardware-intensive ground systems will increasingly be the static bottleneck between two dynamic, software-defined endpoints.”

iDirect Government (iDirectGov) has enhanced their Evolution® platform with information assurance (IA) and cybersecurity, all as a part of a multi-layered approach to security.

CSIR excision technology effectively mitigates a wide range of interferers, from carrier waves to multiple strong interferers, without requiring any prior information on them. CSIR can locate fast-moving and intermittent interference and restore the quality of the original signal, without requiring additional hardware. This helps to combat adversaries who are increasing their implementation of signal intelligence (SIGNET) to attack military and government spectrum use by jamming transmissions intended for radio communications, radar and various operations.

SHIELD and CSIR add to the Evolution platform’s award-winning, high standard of transmission security (TRANSEC) to create a multi-layered highly secure solution. Other enhancements as part of this approach include dual-mode and beam choice features to mitigate threats to a SATCOM network. Dual-mode enables the 9-Series modems to operate on both government-owned and commercial networks, giving the user both flexibility and ubiquitous coverage. Beam choice allows operators to manually select the ideal beam for their missions rather than using the automated process.

“Our customers are becoming more proactive and are seeking ways to reinforce defenses before problems occur, and we are moving forward with our customers to secure our solutions with our specialized product enhancements,” said John Ratigan, President of iDirectGov. “Safeguarding critical communications signals is important, and any satellite modem attempting to operate in a congested environment, especially where adversaries may be intentionally jamming signals, can benefit from CSIR.

Ratigan continued, “Whether attacks are intentional or unintentional, the CSIR interference mitigation is a core feature of the Evolution system to ensure holistic communication integrity and availability. Implementing a Defense-in-Depth approach allows defense, homeland security, first responders and other government users to have reliable and secure communications to support their critical missions. iDirectGov’s approach to SATCOM cybersecurity provides the means to plan, detect, locate, remove, report and deploy mitigation to signal interference.” 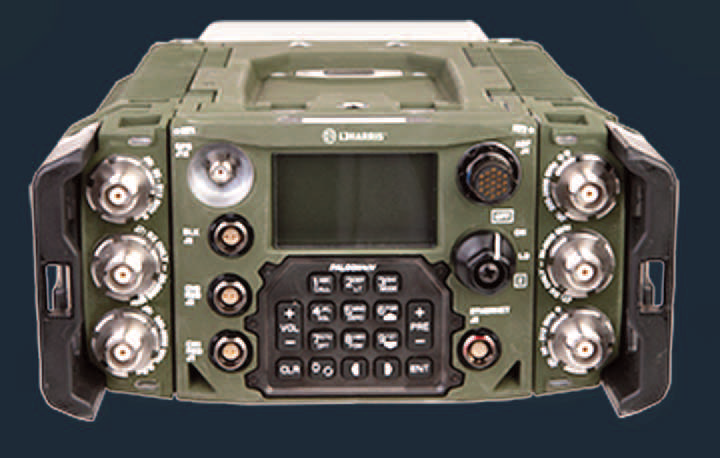 These multi-channel manpack and handheld radios are key elements of USSOCOM’s next generation tactical communications. They provide complete DoD and coalition interoperability with the disruptive technology needed to enable mission success against current and future threats.

The AN/PRC-167 is engineered to meet multi-domain challenges of dismounted, vehicular, maritime, and airborne missions. It simultaneously runs a broad portfolio of line of sight, networking, SATCOM and resilient waveforms on each of the two 30-2600 MHz primary channels.

The L3Harris Mission Module port allows plug-and-play add-on modules to function as a simultaneous third channel. These three channels can operate independently or be crossbanded to exchange voice and data between different radio networks. The initial mission module includes a Full Motion Video ISR receiver, and subsequent modules will add other emerging technologies.