On 15 of its vehicles, New York City Fire Department (FDNY) can now automatically see which firefighters are nearby via the department’s onboard computer and then relay that information to the city’s Operations Center. The system was invented by David DeRieux of the U.S. Naval Research Laboratory (NRL) Space Systems, along with Michael Manning of Manning RF and in close partnership with FDNY. 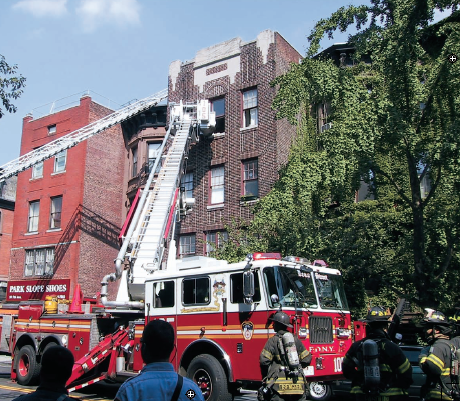 New York City Fire Department asked the U.S. Naval Research Laboratory (NRL) to build a system for tracking firefighters during local and city-wide events. “As soon as [the driver] turns the ignition on,” says David DeRieux, one of the inventors, “this thing comes up. When they get on the scene, everyone takes off, they all disappear. Then eventually they come back for a roll call situation, and the captain can tell instantly everyone is within so many feet of the truck.” Photo: U.S. Naval Research Laboratory

Since the 9/11 terrorist attacks, New York City has been pursuing ways to better coordinate the 14,000 firefighters and emergency response it employs. (Prior to 9/11, the FDNY used a paper/carbon-copy ride list—Battalion Form 4 (BF4)—to account for who’s present.)

NRL’s system is based on an active radio frequency identifier (RFID) tag carried by each firefighter, similar to E-ZPass or how retail tracks inventory. “It’s in a little sealed plastic—it looks like a little key fob, actually,” said George Arthur, an NRL engineer who contributed to the project. “They’re positioned over the left breast, inside the bunker coat in a little Kevlar pocket that’s sewn in there. And it just sends out a little ping every five seconds: here I am, here I am, here I am.”

New York City Fire Department uses a U.S. Naval Research Laboratory (NRL) system to automatically track firefighters. “That’s the intention with this device, to make sure everyone’s accounted for,” said David DeRieux, one of the inventors.

A radio receiver on the vehicle picks up the pings and builds a table of identifiers. “It just listens and said, ‘Okay, 1234, that’s Jessica Smith,’ so we know Jessica Smith is nearby,” said DeRieux. “Periodically, a program that’s running on their MDT [mobile data terminal], their onboard computer, quizzes this reader and said, ‘Let me have everything.’”

The table of every firefighter on or near the vehicle is displayed on the MDT screen (see photo). “As soon as [the driver] turns the ignition on,” said DeRieux, “this thing comes up. When they get on the scene, everyone takes off, they all disappear. Then eventually they come back for a roll call situation, and the captain can tell instantly everyone is within so many feet of the truck.” 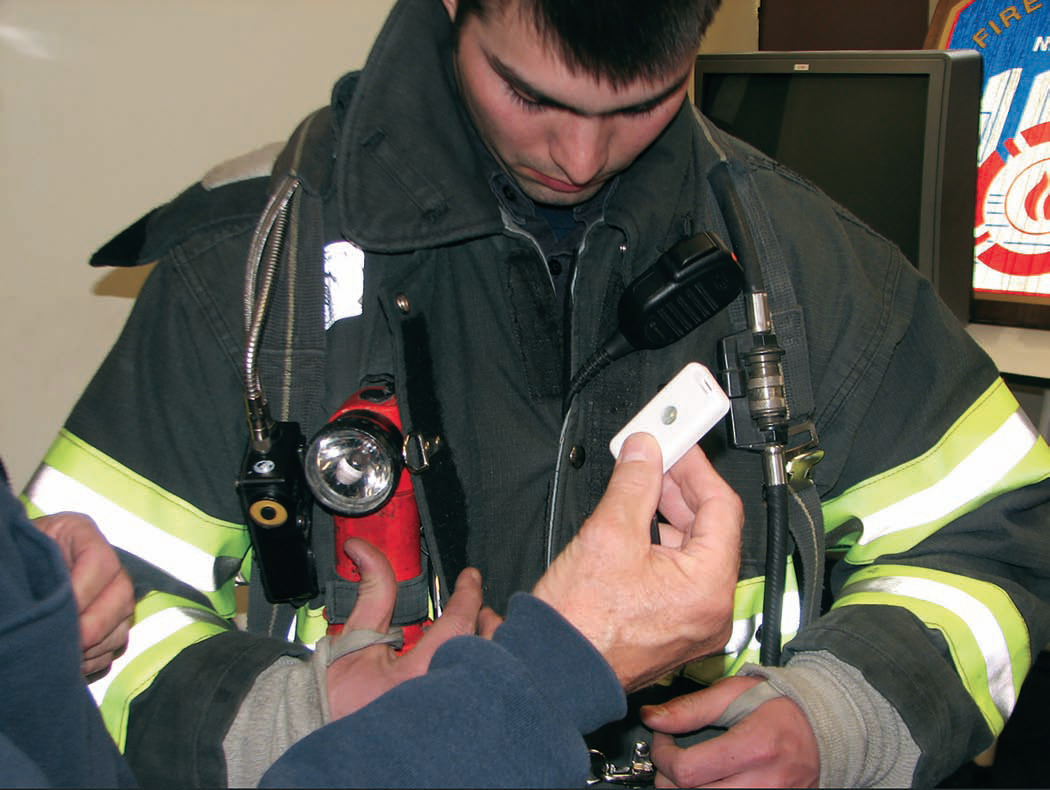 New York City Fire Department uses a U.S. Naval Research Laboratory (NRL) system to automatically track firefighters. “That’s the intention with this device, to make sure everyone’s accounted for,” says David DeRieux, one of the inventors. The NRL worked with firefighters to determine where to add the RFID pocket.

The MDT also sends this accounting to the FDNY Operations Center in Brooklyn, using a commercial modem. “They actually have a massive display, twice the size of my wall,” said DeRieux, “and on there this data gets projected. So they know what truck just showed up on scene, who was on the truck.” To coordinate personnel during a city-wide disaster, this real-time information would be unimaginably valuable. “During 9/11 there were thousands of firefighters, it was a big problem,” said DeRieux.

The data is also archived. “If there were a HAZMAT release,” said Arthur, “they could go back and immediately see the firefighters who were on duty.”

On April 23rd, the Federal Laboratory Consortium awarded NRL for Excellence in Technology Transfer. “Technology transfer is very important,” said Arthur. “Doing things here [at NRL] that are beneficial, not just to the warfighter, but also to the average citizen.”

NRL worked closely with FDNY throughout the years of development. “They gave us very good feedback,” said Arthur. “They’d say, ‘That’s kind of what I want, but can you do this and can you change that?’ They pretty much knew what they wanted and that was just all the difference in the world.” 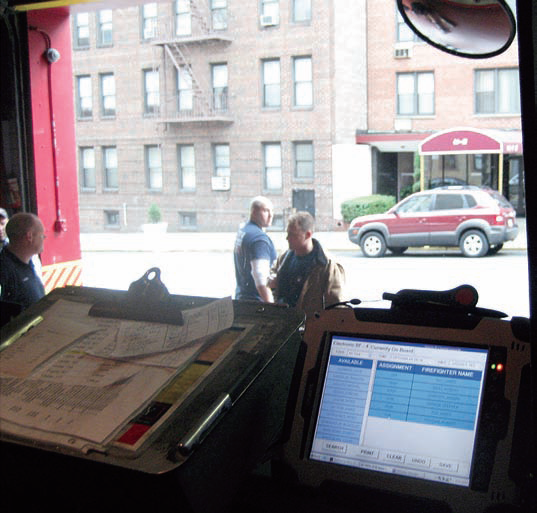 They also had the opportunity to spend time in New York getting to know the firefighters and their needs, and see them in action. “They’re an impressive bunch to talk to, very big-hearted,” said Arthur. “There’s one guy, Chief [of Logistics Ronald] Spadafora, who’s got this thick Brooklyn accent, rides a Harley to work. Well he’s got two Masters degrees, he flies all over the world [giving] lectures on fire science. He’s written a couple books.”

The relationship started with a fortuitous meeting in 2002. “I recognized the guy next to me,” said DeRieux. “Turns out, his name was [Battalion Chief] Joe Pfiefer.” Pfiefer was the first chief to take command on 9/11. “[Pfiefer] brings me into his office and he said, ‘We’ve got a problem. We need a way to keep track of our firefighters. Worse yet, some firefighters, who become dazed and confused during an operation, may not make it out of the building, or they end up in the wrong area for roll call.’”

NRL’s system was needed so the other truck would be able to automatically relay through the Operations Center, “He’s over at Engine number whatever so he’s all right,” said DeRieux. “That’s the intention with this device, to make sure everyone’s accounted for.”

Working with FDNY led to an unexpected spin-off: the city liked the program’s interface so much, they asked NRL to make a similar drag-and-drop program they could use to schedule personnel assignments. Said Arthur, “Now EBF4 is the standard scheduling tool New York City uses for their firefighters. NRL wrote it.”

One of FDNY’s primary requirements, said Arthur, was, “It has to be easy to use, reliable, and cheap.” 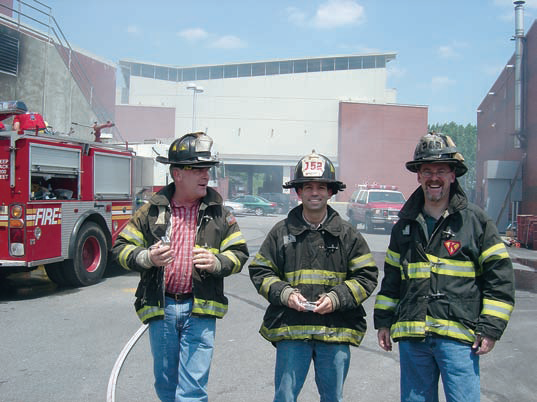 So DeRieux turned to Michael Manning, who had a private company already working on RFID, to provide the hardware for NRL’s program. Said Arthur, “All the hardware came off the shelf; the secret sauce is the software. Anybody can go out and buy the RFID components, but if they don’t have our program it’s just a bunch of dumb computer parts.”

Using all off-the-shelf hardware kept costs low. “The readers cost around $1,100 a piece in the quantities we buy them, that might come down a bit,” said Arthur. “The tags cost about $20 a piece.”

The tags are active RFID; so, unlike passive RFID, the batteries will run out in three to four years, depending on how often they’re programmed to transmit. But active gives greater range and the ability to transmit more data. Said Arthur, “If you used the same amount of equipment, you could conceivably load it with the oxygen the guy had left, the temperature in the area.”

“We have given them the piece that lets them track from the vehicle to the fireground or the event,” said Arthur. “If we could drop in a complementary piece, where we could track firefighters while they’re in the building, that would save so many lives.”

NRL’s system is simply, “I detect a signal or I don’t”—but an indoor system would need to pin a precise point in three-dimensional space. “I’ve always said down to six inches,” said Arthur, “because that’s the approximate thickness of a wall. You don’t want to track a firefighter only to find yourself on the wrong side of a wall.” 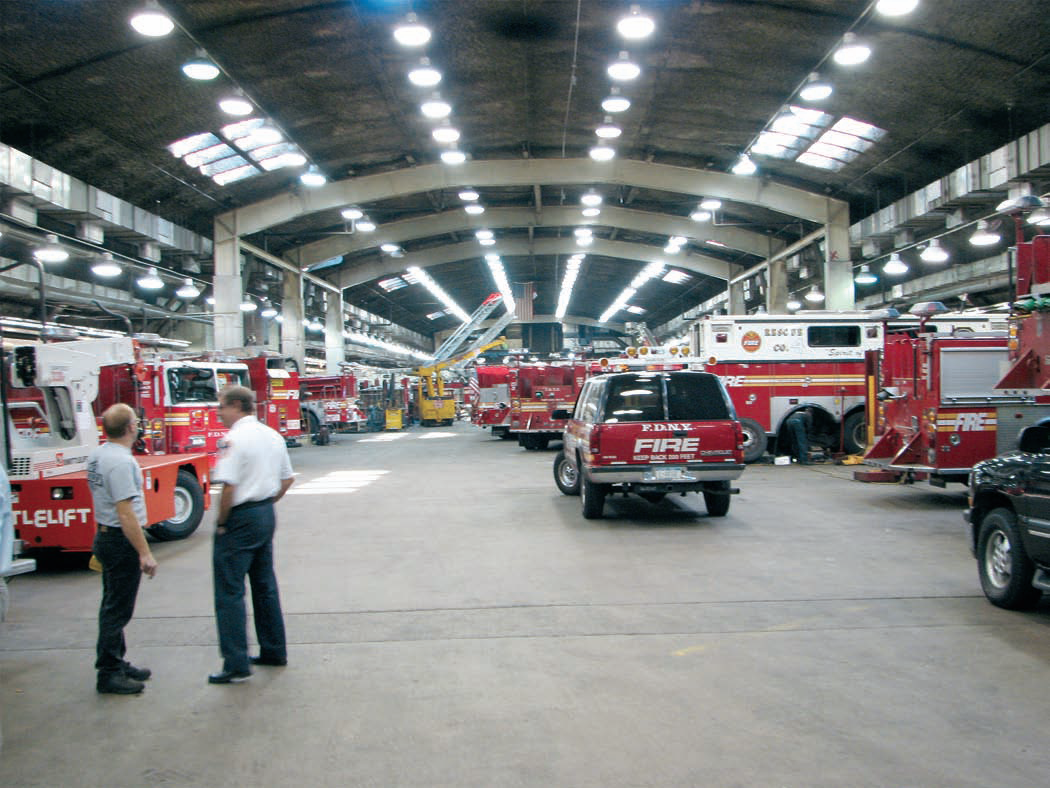 A system built by U.S. Naval Research Laboratory (NRL) monitors firefighters nearby, and lists their names on the computer display. “If we could drop in a complementary piece, where we could track firefighters while they’re in the building, that would save so many lives,” said George Arthur, an engineer from NRL who managed the project. Photo courtesy of U.S. Naval Research Laboratory

The tracking systems Arthur has reviewed start at a known, fixed point, then uses sensors to estimate where you’ve gone. “Gyroscopes know which direction you’re moving and there are movement sensors that estimate how fast you’re moving. An altimeter tells whether you’ve gone up or down in the building.”

Additionally, the firefighters may be behind metal walls, they may be 100 floors up from a data receiver, and an altimeter may not give reliable data “because in a building that’s on fire you’re going to have all kinds of changes in air pressure.”

A separate avenue of research, particularly if NRL were to put a new system in another city or perhaps aboard a naval ship to track fire control teams, would focus on improving the hardware. “We started implementing this system in 2007,” said Arthur, “and everything’s come a long way since then.” Today, there are passive RFID tags that, unlike FDNY’s system, can last indefinitely. They’re also ruggedized and wouldn’t have to be removed before laundering. 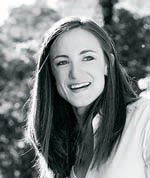 Be it for U.S. Marines or firefighters, for talking to spacecraft or talking to Brooklyn, NRL is a place where engineers solve problems. Said Arthur, “I’m kind of a nuts and bolts guy. I’m an engineer who can change a tire. I like to fix things, take things apart.”

About the author
Kyra Wiens is a Public Affairs Specialist for the U.S. Naval Research Laboratory (NRL). She’s written about the lab’s achievements in alternative energy, biochemistry, space science, and more. She’s also an All American triathlete. 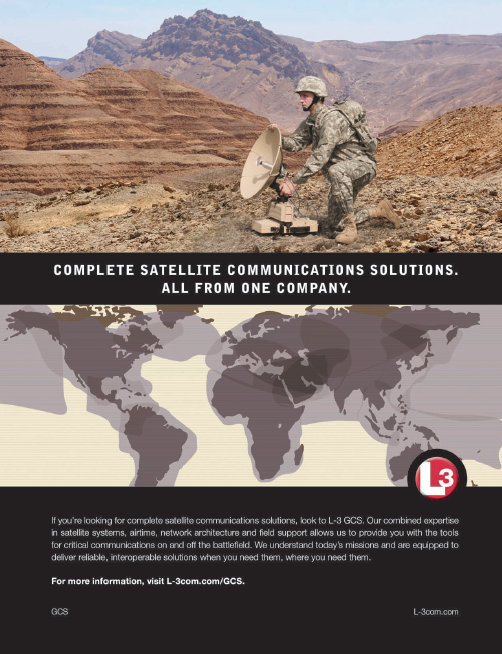