For all of the hue and cry about small satellites, you would think they were invented yesterday. 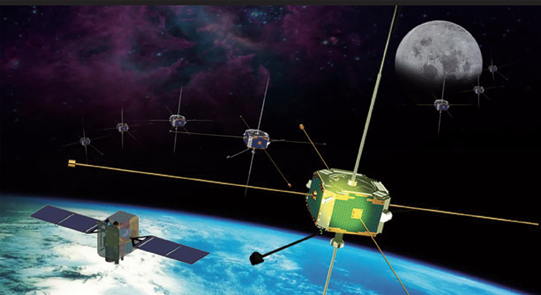 In fact, the first U.S. satellite sent successfully into orbit was Explorer 1, launched in 1958 in answer to the Soviet Union’s Sputnik. Explorer 1 weighed slightly less than 31 pounds, of which just over 18 pounds were instruments.

Nanosats and their slightly bigger microsat cousins are really undergoing a renaissance for use in space. However, the emphasis is no longer on just getting them into orbit. Well, there is some emphasis there—more about that later. Now the focus is on what happens when the small satellites are aloft. In essence, the ambitious movement toward smallsats is part of a continuum that started when the space race believed in a bigger-is-better, more expensive path, and then the focus began to circle back when more expensive became too expensive.

With fiscal restraints, the Intelligence Community (IC) is looking toward doing more with less. Nanosatellites and their kin could well provide a reliable solution for all concerned.

Potential... + Limitations
Any answer has to be couched with an understanding of what small satellites can actually accomplish—and what is beyond their current capabilities. For the purpose of clarity, nanosats, microsats, CubeSats will be called smallsats for this article.

What exactly do the IC’s need and what will be required to satisfy their demands? Also to consider is exactly what are the IC’s capabilities and how should smallsats “grow” to accomplish their missions? All of those elements are going to determine the development of various smallsat capabilities, as well as for another emerging technology that is also competing for the investment dollar—Unmanned Aerial Systems (UAS) or, as they are otherwise known, Remotely Piloted Aircraft (RPA). 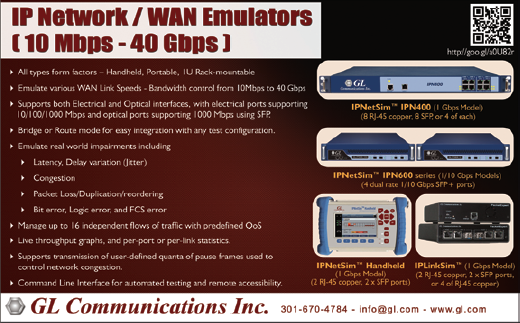 Smallsat growth will be built on a foundation of lower cost and will have to include information collection quality and the rapidity and viability of their downlinks. What happens when an image from a nanosatellite or other small platform arrives at the ground station and then joins a river of intelligence through a processing funnel for dissemination to interested parties? Smallsat produced intelligence isn’t the end all but part of a beginning as the role this platform can play in the intelligence-gathering ecosystem can be substantial.

That ecosystem is layered, from the small UAS/RPA, the medium altitude UAV to the larger aerial systems, such as the Global Hawk, to the larger satellites that provide imagery from space. There is a sweet spot that smallsats can fill, that being their ability to offer a frequency of visit the large satellites cannot approach. However, when it comes to the breadth of coverage, smallsats cannot match the image resolution of either the higher altitude UAV/RPA or the satellite—at least, not yet.

Part of the IC’s approach to the use of smallsats, then, rests in the changes to the overall mentality that is driven by the Concepts of Operation (CONOPS). This would include instructing a watch commander to seek out the “latest image,” no matter its source.

The smallsats inject another decision that must be made in reacting to a crisis: determining whether 100, lower-resolution, but fresher, smallsat images have more value than an older, but higher-resolution, large sat image to help formulate the proper response to an event. The answer could well reside in determining if there is enough time to await a larger satellite to be properly positioned to provide a newer, higher scale image, or not. Immediacy of data could well be the decision maker for the use of a smallsat.

Cue + Tip
Making that decision also points to the valuable potential that rests with smallsats: allowing them to serve as relatively inexpensive “bird dogs” for their billion-dollar bigger brethren. By using the pictures from smallsats to tip and cue the larger platforms, their data can be used to determine if there is sufficient value to justify the expense of repositioning a larger satellite.

The challenge of image resolution can be mitigated through a smallsat attribute: they can be arranged in constellations that allow their products to be, in effect, crowd-sourced. This allows their single-sensor limitations to be overcome through the combination of smallsat sensors by grouping their platforms.

The resolution challenge eventually can be overcome through the trend of sensor miniaturization and by more, frequent, lower-cost launches that allow the satellites to carry the latest and greatest smallsat technology as soon as such is produced, rather than having to wait—sometimes years—for similar technology to be aggregated with other sensors on a larger satellite.

For all of their capabilities, many of the largest and most expensive satellites in use by the IC are carrying dated technology.  In example, Digital Globe’s World View-3 satellite, launched in August of 2014, is the only platform in orbit that is capable of transmitting 30-centimeter resolution images, which will become the gold standard in the field.

As smallsats proliferate, particularly in relation to the paucity of larger satellites that government and industry can support, economics are going to drive additional investment in the quality of the sensors the smallsats will carry.

Getting Satellites Up
The problems with smallsats rest at the extreme ends of their continuum—launching them without consideration for the larger, overall mission, and in meshing and leveraging the data they send back for analysis.

Solutions to the launch issue are being worked on at several levels. In the commercial arena, companies such as Garvey Spacecraft, Ventions, ARCA,Tranquility Aerospace, Virgin Galactic and SpaceX, to mention only a few, are heavily involved in producing solutions.

On the military side, the U.S. Army’s Soldier-Warfighter Operationally Responsive Deployer for Space (SWORDS) is seeking an on-demand launcher that could place a 25 kilogram payload into LEO within 24 hours notice for less than $1 million. The Defense Advanced Research Projects Agency (DARPA) states their organization is working on an Airborne Launch Assist Space Access (ALASA) program that has the goal of pushing a 45-kilogram payload into space for $300,000—by 2020.

Both government programs are responses to a vision of smallsats becoming tactical weapons due to their quick response and capability to provide added intelligence resources for troops on the ground. Smallsats also enhance over-the-horizon communications, an attribute often forgotten when considering their value. That potential has brought the U.S. Army back into the satellite business after an absence of a half-century, despite the fact that the U.S. Army has been the largest consumer of satellite imagery in the armed forces.

Special Operations (Spec Ops) are also in the nanosatellite business.  Spec Ops piggybacked eight CubeSats, measuring 10-by-10-by-10 centimeters and weighing only 1.4 pounds each, with 21 other satellites from various interests, in a Minotaur rocket launched from Wallops Island, Virginia, in November of 2013. As part of the Prometheus program, the satellites were designed to serve as communication relays for Spec Ops’ far-flung missions.

As of this writing, consistent and inexpensive smallsat launch solutions are not yet in place. Crucial development decisions—and additional investment—remain on the engineering table.

A Race Worth The Running
What happens when nanosatellites pump thousands more images per day into pipes that are already strained—and in many cases, failing—to accommodate the already existing data from signals intelligence, UAS/RPA sensors and big satellite imagery and video? Then, mix in the increased emphasis on open source data from social media environments and the data blockage is extremely concerning. The amount and types of data being captured today vastly outpaces the ability of legacy computing infrastructures and technologies to manage the interpretation and distribution processes to the IC community in a timely manner.

The case, then, becomes one of the IC always attempting to catch up with smallsat technology that continues to race ahead, propelled largely by commercial SATCOM builders and purveyors. This is a race definitely worth the running, as smallsats have so much to offer the IC, just as they had much to offer at the start of the space race more than six decades ago.