Craig Weston is President and Chief Executive Officer of U.S. Space, LLC, a U.S.-owned provider of dedicated, commercial space solutions to serve the interest of the nation and its coalition partners and commercial enterprises worldwide. 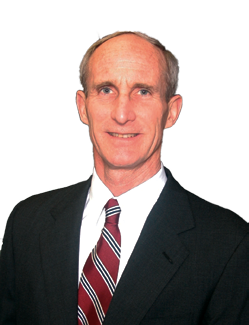 Previously, he was a Vice President and Deputy Director of a business unit with SRA International, a $1.5 billion information technology and services company based in Fairfax, Virginia.

A retired Air Force Major General, he spent a large part of his career developing, launching and operating communications, infrared warning and reconnaissance satellites. At various points in his career, Gen. Weston was involved in the development and fielding of air launched munitions, airborne high energy laser weapons, airborne and ground warning and surveillance systems, command and control information systems, as well as foreign military sales and international security assistance. His last active duty assignment was in Kabul, Afghanistan, where he brokered international collaboration to rebuild the Afghan defense, police and legal sectors, as well as to disarm militia forces and begin counter-narcotics operations.

Gen. Weston earned a Bachelor of Science degree in Engineering Mechanics and a Master of Science in Aeronautical Engineering. He is an Associate Fellow of the American Institute of Aeronautics and Astronautics and serves on the board of directors of the National Capital Area Council of the Boy Scouts of America.

MilsatMagazine (MSM)
We’ve been hearing a lot about ViviSat and satellite servicing in general as a breakthrough technology in the industry. How has ViviSat evolved since it was established in 2010?

Craig Weston
Since creating ViviSat in 2010 we’ve confirmed there is a real market for satellite servicing and are making great progress in bringing it to reality!

You may recall that ViviSat is a joint venture between ATK and U.S. Space. ATK brings a wealth of experience in successfully building, launching and operating smaller satellites as well as several decades of experience in working with NASA on manned satellite servicing, to include several repairs of the Hubble Space Telescope.

U.S. Space contributes its extensive experience in commercial satellite marketing, finance and operations to the venture. This is a terrific blend of talents which serves us well in bringing ViviSat to the market.

MSM
How did you become involved at the executive level with these firms? What enticed you to join U.S. Space?

Craig Weston
I was attracted to U.S. Space by the high caliber of people I would be working with, the entrepreneurial spirit of the firm and its innovative business model, which I thought would be helpful to our government. We are in the business of offering existing or wholly new products and services in a different fashion. Since our business model is a blend of government and commercial practices, it was not difficult for us to team with ATK in order to deliver ViviSat’s unique satellite servicing capability to both the commercial and government markets. 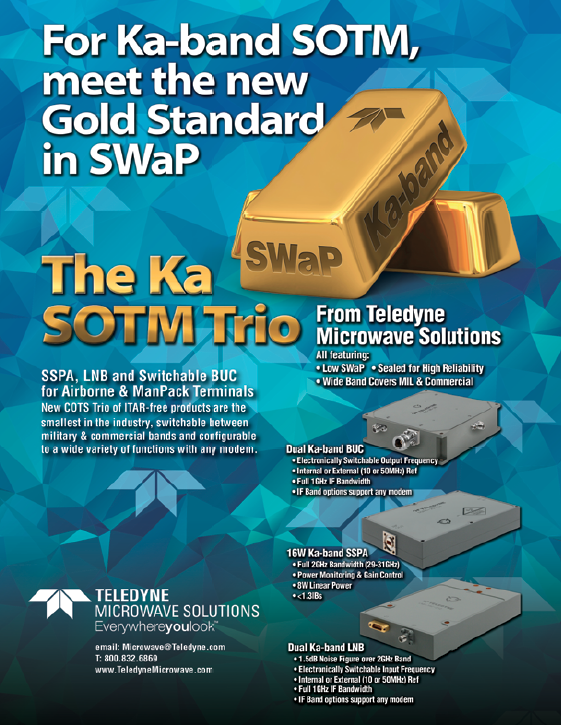 MSM
What exactly is satellite servicing and how would customers benefit?

Craig Weston
The initial market is the 430 plus active satellites at geosynchronous orbit, of which about 75 are within three years of retirement at any time. The primary reason for retiring these satellites and taking them out of operations is because they run out of station keeping propellant and cannot maintain the orbital position needed to accomplish their missions.

We see a similar need in the government market. In the case of U.S. government satellites, which can cost in excess of one billion dollars each, extending the life of one of these satellites can defer by a number of years the large capital investment of replacing it. This will be a great benefit to our government in the lean budget years ahead of us.

We intend to follow up this “keep it simple” approach to satellite servicing with an incremental evolution in services to offer robotic repair, replacement, and refueling. With this range of services, we foresee commercial satellite operators making satellite servicing an integral part of their satellite fleet planning process.

MSM
What is the state of technology for this mission? Has this been done before?

Craig Weston
The technology and operations for rendezvousing and docking with another satellite is well proven. It is currently being accomplished in Low Earth Orbit (LEO) by multiple nations and the two commercial providers who regularly dock with the International Space Station to transfer cargo and people.

In most ways, our MEV operates like a traditional satellite. The only thing unique about the MEV is the docking mechanism in order to dock with a client satellite that is not specifically designed for docking and the fact we are performing this docking at geosynchronous altitude. We have a proprietary design to perform the docking which we are currently validating in ATK’s Robotic Rendezvous, Proximity Operations and Docking (RPOD) Laboratory and will then demonstrate on orbit by docking with a residual satellite before we dock with our first client. 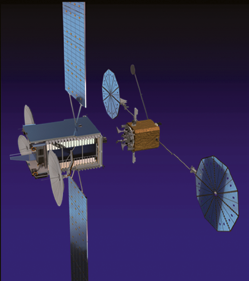 This docking operation at GEO is actually lower risk than that of a low Earth docking, since the lighting will be better, there are less disturbance forces and the natural relative rates between the two satellites are much slower. To the last point, our rendezvous and docking operation will be accomplished slowly over a period of days, using way-points in a fail safe manner in which a positive command will be needed to go the next step in approaching the client. In the final approach to our clients’ satellites, the rate of closure will be on the order of centimeters per minute; very slow. The risk of a collision and orbit debris is much less than that of the low Earth orbit dockings already being accomplished today.

MSM
How soon will your service be available?

Craig Weston
We routinely receive calls asking us to perform satellite relocations and rescue missions, as if we are on orbit and available today; and nearly every customer we call on tells us that if we were in orbit today they would use us. This is a good indicator of the demand for our service and we are working as fast as we can to make it available.

We plan to start construction of our first MEVs later this year and will be operational in 2018. We signed up our initial clients for the first three MEVs and are well underway with financing, licensing, insuring and designing the details of our service, so we are making great progress on all fronts.

MSM
How does the ViviSat model differ from those being offered by other companies and agencies?

Craig Weston
A business model proposed by others is that of actually refueling the propellant tanks of a satellite, so the client can use its own propulsion system to extend the life of the satellite. We believe the ViviSat “keep it simple” jet pack approach of providing auxiliary propulsion via our MEV is more cost effective and lower risk to our initial clients. We hope to work with and learn from NASA and DARPA, through existing programs such as the Restore and Phoenix programs, to burn down the risks associated with the more complex and riskier approach of refueling and repair. We will then inject these technologies into our commercial offering in an incremental, risk managed evolution that our customers will accept.

Our approach is also more versatile in some instances, since it can be used to take over for a satellite with a damaged or inoperable propulsion or attitude control system. Refueling a satellite in this state will have no effect.

MSM
How does the MEV capture a satellite without damaging either vehicle?

Craig Weston
The MEV is designed to be compatible with roughly 80 percent of the satellites at GEO altitude. We use a proprietary Rendezvous, Proximity Operations and Docking (RPOD) payload design to rendezvous with, and attach, the MEV to the apogee thruster nozzle and the launch adaptor ring on the client spacecraft. The apogee thruster is used by the client satellite at the beginning of its life to raise its orbit to GEO altitude after launch and is then no longer used.

The RPOD system will be validated in ATK’s Robotic RPOD Laboratory and will then be demonstrated on orbit by docking with a residual satellite before we dock with our first client. An excellent animated video of this process can be seen at our company website, which is located at http://www.vivisat.com.

MSM
Given the impetus for satellite reuse due to the costs of manufacturing and launch, do you foresee a fleet of MEVs being available for numerous and/or simultaneous missions?

Craig Weston
We do anticipate operating a fleet of MEVs on orbit. Our plan is to launch the MEVs two at a time to economize on launch costs and to serve multiple customers simultaneously. With a mission life of 15 years for each MEV and great demand for satellite life extension, it’s reasonable to assume 10 or more MEV’s on orbit at the same time, performing satellite servicing for multiple clients.

Craig Weston
ViviSat’s current mission extension offering is not dependent on the propulsion technology of the client as long as it has a standard liquid apogee engine and launch adaptor ring. These features are standard on most of the GEO satellites of the vintage we are planning to service.

Our MEV essentially replaces the on-board propulsion system of the client satellite, whether that need is due to lack of propellant or damage to the system. In the future we intend to have the capability to replenish expendables on board client satellites and will need to invest in the proper technologies to replenish those most in demand on orbit.

Craig Weston
After we become operational in 2018 and the benefits of life extension are demonstrated, I expect there will be great demand from satellite operators around the world. The initial customers are using this service on satellites that have already been replaced, as a means to grow new orbital roles with the hopes of demonstrating demand that will justify the purchase of a new satellite at that orbit location.

The next customers may be new entrants looking for a means to enter the satellite communications market at a lower cost than the purchase of a new satellite, which breaks down barriers to entry in the comsat market. In the future we see this service’s primary role to be that of improving the economics for an operator. Hence my earlier comment that I can easily foresee a fleet of 10 or more MEVs on orbit servicing the growing demand for servicing.

As the next step in this roadmap, we plan to field MEVs with a robotic arm and end inefficient tools to conduct simple repairs like unsnagging a stuck solar array that didn’t deploy or removing and replacing a battery pack. We also think we can design the means to replenish consumables like propellants and cryogens.

Over the long term, we envision a full spectrum of Maintenance, Repair and Overhaul (MRO) in space, with satellites designed for MRO, just like aircraft. As part of space logistics, we anticipate transportation as being an industry in itself, almost like replicating FedEx in space. We will also see construction of large space platforms, such as having a Bechtel in space for major infrastructure builds, which can be bases for exploration and other industries.

At each step along this roadmap we will enable other space industries, in near Earth and for deep space. ViviSat intends to be the global leader in this evolution towards space logistics.