Hosted payload has become a catchphrase within the satellite industry in recent years, and with the first U.S. Hosted Payload Solutions (HoPS) program contracts expected this June, it will draw more attention and expectations in the overall manufacturing market. A growing base of pilot programs and alternative hosting methods from manufacturers support an expansion of the use of hosted payloads, yet challenges remain before the model attains sufficient maturity to be implemented across the spectrum of potential applications.

Benefits Of Cost + Schedule
A main piece of the hosted payload value proposition has always been, and will continue to be, cost savings for both the primary operator and the hosted payload owner. This is a more significant driver for GEO hosted payloads, where higher manufacturing and launch costs heighten the savings of using only part of a satellite.

According to Tip Osterthaler, president of SES Government Solutions, the U.S. Air Force’s CHIRP technology demonstration payload onboard SES-2 cost only 15 percent of what an Air Force satellite with the same payload could have cost, providing equivalent data that will be integrated into the military’s modernization planning over the coming years. The value of cost savings applies equally to operational payloads or technology development missions, and to government and military projects or commercial ventures.

Commercial satellite programs are fast to market, giving hosted payloads an advantage compared to the long timelines that plague most government and military platforms. Though this is likely a stronger driver for technology development payloads requiring verification before being used in a full-scale project, operational missions that can be readied in a short period of time also benefit from speedy implementation.

The three-year turnaround from WAAS concept definition to operational service onboard Galaxy 15 and Anik F1R, including a full year of on-orbit testing and verification, allowed the FAA to quickly and effectively provide enhanced navigation services to the aviation industry. When hosted payloads provide a faster return on investment they boost the business case of such enterprises, a factor that will contribute to their increased adoption by the commercial sector.

The inclusion of Aireon payloads onboard all 66 Iridium NEXT satellites launching between 2015 and 2017 highlights the beneficial ability to quickly create a distributed architecture by using a large number of host satellites. Surprisingly, it is this privately-owned company that has created the biggest hosted payload program yet, when government customers are traditionally considered the main target market. 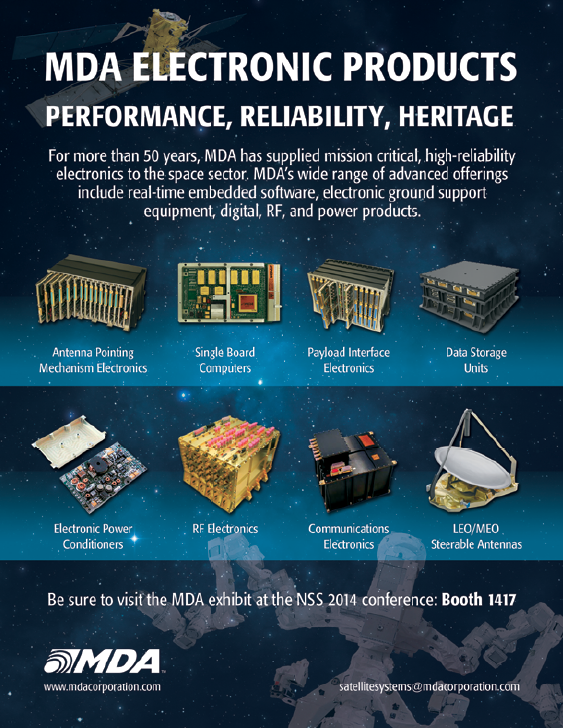 The number of commercially-owned hosted payloads in orbit will increase through the 2010s as Aireon launches, with a surge in diversity of hosted payload applications and owners coming towards the end of the decade. This will be largely focused on LEO platforms.

Rethinking The Operational Structure
These positive market forecasts are spurred by new concepts that may allow more hosted payloads to fly simultaneously and alleviate some constraints imposed by subordinating hosted payload requirements to a primary payload. Iridium, Surrey Satellite Technology-US, and ViviSat are all offering platforms that provide a satellite bus and orbital guidelines, but instead of housing a primary payload provide space for a number of hosted payloads. This increase in the mass, power, and volume available to the hosted payloads will enable potential applications that have previously been too demanding on satellite resources, opening the door to more commercial participation in the market.

Each of these platforms offers further distinct advantages that will drive growth. The ViviSat Mission Extension Vehicle (MEV) will provide a different hosting environment than presently available onboard communications satellites, thereby opening new opportunities in GEO. ViviSat also uniquely allows the hosted payload to become primary when the MEV is between satellite life extension missions, an attribute that will attract a specific subset of missions.

For many applications, the inconsistent line of sight inherent in LEO is problematic; Iridium’s PRIME program addresses this weakness. PRIME satellites will link to the NEXT constellation of 66 satellites, routing communication through the constellation and thereby providing contact with the hosted payload at any point in its orbit. PRIME will enable more innovative ideas and technology development missions to be implemented—applications that require both a low orbit and constant communications, but do not have sufficient capital to create the necessary constellation independently.

Challenges + Impediments
However, the complications of implementing a hosted payload project cannot be overlooked when forecasting the role it might play in the satellite market in coming years. Schedule slippage is a key risk. The CHIRP payload was one year behind schedule, a consequence of complexity that not only added $17 million to the total program cost (thereby diminishing but not negating the cost savings of using a hosted payload) but also required a change in the launch order of SES satellites to ensure regional coverage while waiting to launch SES-2 until CHIRP was ready. Addressing this concern requires more advance planning and upfront investment in the payload even before securing an appropriate hosting partner, an uncertainty that could become a sticking point for strapped government budgets.

Both the primary operator and hosted payload owner are pushed to make compromises during the joint project, and both business cases generally evolve. While this level of balancing should be proportionate to the requirements of the hosted payload, some hosted payload owners still expect too much accommodation from their host and are insufficiently willing to innovate. If this continues unabated, it will restrain the number of hosted payloads launched. 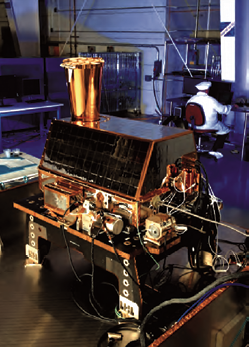 Furthermore, best practices for matching hosted payload designs with potential commercial hosting partners remain ambiguous. The puzzle-piecing approach taken by SST-US to compile proposed payloads into a set for integration on an Orbital Test Bed satellite could allow the creation of a hosted payload catalog for later recombination into a series of OTB satellites. In the case of WAAS, Lockheed Martin as the payload manufacturer was responsible for matching the payload with a suitable host satellite. Alternately, some operators already suggest inclusion of a hosted payload within RFPs issued, seeking to explore how hosting another payload could improve their business case.

While early hosted payload projects have laid groundwork for contractual issues that must be addressed, the contract process must be further streamlined to both facilitate participation and reduce and/or allocate risks. This is of particular importance for government and military missions. CHIRP established a foundation for the way commercial operators must think about transmitting sensitive military data without risking security, yet additional thinking is required. The question of priority in the case of a partial satellite or subsystem failure must be clarified. As more hosted payload projects are undertaken these concerns will decrease in importance, but the unfamiliarity with hosted payload contracts is a present limitation.

Bottom Line
The market potential for GEO and LEO hosted payloads is diverging: New opportunities in LEO will lead to higher growth in this market (especially for commercially owned payloads), while the GEO hosted payload market will continue to be dominated by government and military customers and experience slow growth until the above concerns are further addressed.

Hosted payloads are not a magic solution for the cost restrictions of government and military programs, nor are they applicable to all business cases. Ultimately, hosted payloads will be a niche market for applications and remain a low cost avenue for technology demonstration.

Editor’s note
Information in this article was extracted from the new NSR report Satellite Manufacturing and Launch Services, 3rd Edition, which now includes the industry’s only segmentation on the Hosted Payload market. Complete information  on the company may be found at http://www.nsr.com. For additional details regarding the Satellite Manufacturing and Launch Services, 4th Edition, report, access http://www.nsr.com/research-reports/satellite-communications/satellite-manufacturing-launch-services-4th-edition/.

About the author
Carolyn Belle joined NSR as an analyst in 2014, focusing on satellite launching and manufacturing, as well as Earth observation. Ms. Belle comes to NSR from the Research and Analysis team at the Space Foundation, where she contributed to the creation of The Space Report 2014. Her research efforts primarily addressed new and emerging space products and services.

Ms. Belle received a Master’s degree in Space Management from International Space University and her Bachelor’s degree from The Colorado College with a focus in Biology and Chemistry. Ms. Belle has completed several internships at the NASA Ames Research Center.