Satellites allow billions of people on the ground, in the air, and at sea to communicate in ways that wouldn’t be possible without this technology. We use SATCOM for international communications, video and content distribution, as well as access to areas fiber or other terrestrial communications systems cannot go—it’s amazing to think just how common SATCOM really is.

In fact, there may be more than a million transmitting terminals in operation around the globe, ranging in size from small handheld satellite phones to 100-foot diameter directional antennas.

When a terminal is incorrectly commissioned, that terminal can wreak havoc on entire satellite networks, causing cascade failures that can be costly—in many ways.

This happens occasionally in military environments as well. A SATCOM technician may be trained in the theory of satellite communications, but many times they’ll get to the field and be asked to build and commission a satellite terminal they’ve never seen before.

It’s important to make sure installers have the tools they need to get the job done. There are thousands of things that can go wrong when setting up a link. Sometimes just having the right tools can help, but knowing how to use them to solve a problem is pretty important, too.

In order to effectively align a satellite terminal, a technician needs several things. Specifically, they need a compass, inclinometer, GPS receiver (to find their location), a declination map, a computer to control the satellite terminal equipment, a phone to communicate with the satellite controller, and possibly a user manual with instructions on how to set up the terminal.

All of these elements exist inside today’s smartphones. Plus, there are mobile apps available in the app stores that help users setup, acquire, and sustain satellite links. Coolfire Solutions has built an app called Surveyor (part of the Reconn platform) that does exactly this job. Other apps come from commercial installers of DT) services such as DirecTV, Dish, and Exede.

Especially for the lesser-trained and untrained users, having a smartphone with SATCOM apps loaded on it makes sense. They have all of the sensors they need, and step-by-step instructions. They can even look up information on the Internet and call for help—depending on the mission environment.

Few technicians have these tools available to them, especially in the military, where restrictions on using smartphones can be quite draconian. It’s unfortunate as these tools are relatively inexpensive when compared to the cost of improper installations, link downtime, and sending engineers around the world from site to site.

Perhaps this has more to do with the word “smartphone” than anything else. Smartphones seem to cause security types to cringe. Historically, in security circles, a phone has been treated quite differently than a laptop computer. What happens when you combine them, and then market them as a powerful phone? You get a lot of confusion about which set of rules to follow.

Smartphones Are “Handtop” Computers
The first computers filled entire rooms with huge racks of electronics. They had a simple keyboard and screen, called a terminal, to interact with these large machines.

In the late 1970s, the personal computer was invented by Apple and made popular in business and military applications by IBM. They were small enough to fit on your “desktop.” These desktop computers revolutionized the way in which we interacted with information, and ultimately, with the invention of computer networking, with one another.

In the 1990s, these desktop computers were made even smaller and more portable, effectively becoming small enough to fit on your lap, hence their naming as “laptop” computers. I bet every single person reading this article owns a laptop or uses a company-provided laptop (feel free to email me if I am incorrect). 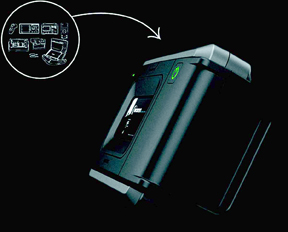 In 2007, with the invention of the iPhone, Apple again changed the world of computing by further shrinking a personal computer down to the size of a phone. Apple markets this computer as a smartphone, but really this is a “handtop” computer.

With the smaller form factor, typical operating systems that work well on mainframe, desktop and laptop computers wouldn’t work as well. General Dynamics once tried this by creating a handtop computer in the most linear sense of evolution possible. The MR-1 laptop is quite literally a laptop computer with a 5-inch display and a 5-inch keyboard. It runs the Microsoft Windows XP operating system, so a user needs to maneuver an incredibly small curser on the screen with a tiny trackball to the barely visible “Start” button to launch a software application.

These handtop computers have several radios embedded in them. They run a mobile app called “Phone” which uses these radios to communicate via voice with other users. This is not how these devices are marketed. They are explained as phones that can do so much more.

What if they were marketed as small computers with a voice communication app? Would the functionality and utility of these devices change one bit?

Interestingly, the phone app is actually not the most used application on these devices. Text, email, web browsing, and sometimes even other applications are more often used than the voice app. European telecom giant O2 recently released a study on how people use their mobile phones, and found that the “Phone” app ranks about 5th in use for most people. In fact, users use the Phone app only about 12 percent of the total time they use a smartphone. 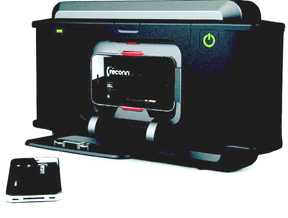 The point is that these powerful computers have been marketed as phones, but when seen as a portable computer packed with sensors, we begin to get a clear understanding of how they can be used in SATCOM applications.

Mobile Apps Are Just Like Laptop Apps
Our CTO once overheard someone say that “mobile apps aren’t the same as regular software applications.” This person, who was the program manager in charge of mobility adoption at a specific military organization, completely misunderstood what mobile devices and mobile apps really are.

Mobile apps and desktop apps are identical in more ways than people realize. In fact, mobile apps are sometimes far more powerful than their desktop and laptop cousins. This is because mobile apps work not just on a computer—like desktop and laptop applications—but they take advantage of the dozen or so sensors packed into smartphones and tablets, such as the camera, gyroscope, microphone, GPS receiver, and more.

Developing mobile apps—useful ones that do something important—is actually a bit trickier than regular laptop applications. This is because that processing power, memory, bandwidth, storage are all far more limited on the smart device. Being efficient in code is much more important. Also, the user interface is far more tightly integrated in a smartphone or tablet than on a laptop. A user isn’t just looking at the information on the screen, the user is interacting with the screen.

The elephant in the room is that some security still will not allow users to bring smartphones into environments where sensitive or classified information can be accessed. 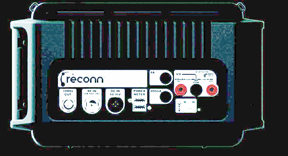 The biggest concern security has about smartphones is their ability to record and transmit information without being detected. This concern can be mitigated by disabling the radios permanently on smartphones, and, disabling the recording mechanisms of the device (such as cameras, audio recorders, and so on.)

Both of those actions can be accomplished by software. Coolfire Solutions has developed software that can disable the radios and other sensors on an Android or Blackberry device. The software resides in the kernel and in the operating system, effectively bypassing any malware that may or may not be installed on the device.

Additionally, the devices can be configuration managed to disallow certain types of software to run based on policies set by the administrator. For example, a system admin can restrict a device from downloading any unauthorized software. Also, file transferring can be disabled. All communications apps, such as the phone, email, and web-browsing, can be disabled as well.

The goal is to use these devices as handheld computers. We can easily implement system administration and information assurance policies for these devices—just like we do with laptop computers.

At the end of the day, it will take time for administrators and security types to grow comfortable with the devices in their networks. There are plenty of initiatives to get us there, and each will increase the level of general comfort and understanding on how to use mobile devices in secure environments.

The NSA has been working on a program called Fishbowl which would allow the use of smartphones on classified networks. A big part of their initiative is the ability to “sandbox” secure information and capabilities from the rest of the phone. This way, if the phone is compromised in any way, the information is not accessible by malware services.

DISA has also recently produced an RFP that calls for a Mobile Device Management and Mobile App Store (MDM/MAS) solution to allow for an Enterprise-wide rollout of smartphones.

These initiatives are important—they are not the only way smartphones can be used in classified environments. By disabling the radios and locking down what software can run on them, we can treat smartphones just as we do laptops that access classified networks.

Using Smartphones For SATCOM
A SATCOM installer needs several simple tools to actually set up and commission a satellite communications terminal and satellite link. All of these capabilities are available on a commercially-available smartphone. Just about everyone who might be pressed into duty to set up a SATCOM link knows how to use a smartphone, and if the app is built well, stepping through the process should be pretty straightforward.

Once the military resolves the security issues involving smartphones, imagine the power these devices will give to SATCOM technicians. In many ways, the knowledge that experienced engineers have can be shared in the form of workflows and instructions in the mobile app using the smartphone’s sensors.

Smartphones have the ability to raise the level of training and experience across the board for SATCOM installers and maintainers. They also have the ability to lower the total cost of ground terminal operations and maintenance as fewer engineers will need to travel to remote sites. They’ll be able to work remotely with a technician already at the site.

To see an example of how smartphones can be used in SATCOM, download the Coolfire Solutions Surveyor app from the Apple App Store or the Google Play store and try it out.