Today’s warfare and homeland defense operations no longer begin with warfighters on the front lines. In the new age of communications, information is foundational to all military missions. Our warfighters, whether in theater, in garrison or back home at headquarters require net-centric communications to obtain and share intelligence, surveillance and reconnaissance (ISR) information in real-time. 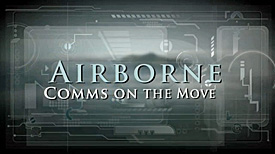 As we drawdown from current operations in Central Asia, and continue to monitor ongoing challenges that may require multi-national support, such as the current uprising in Syria, airborne ISR becomes increasingly crucial for protecting our warfighters and civilians as well as enabling mission success.

Airborne ISR is accomplished over SATCOM. The Department of Defense (DoD) partners with commercial satellite providers to acquire approximately 80 percent of its SATCOM bandwidth used today. Given the increased need for ISR overseas and at home, helping to monitor borders as well as being used in disaster/emergency response situations, the DoD and industry should continue to work together to find solutions that not only meet the mission, but also to assist in increasing capabilities and providing more cost-effective uses of leading technologies.

Industry partners have an inherent need to continue to innovate and evolve their solutions to provide the highest quality at the lowest cost, given competition in the marketplace. Today’s satellite industry is able to help the DoD fill its SATCOM bandwidth gap with manned and unmanned, fixed or rotary wing solutions that deliver real-time video, voice and data to support the DoD’s airborne ISR needs.

In addition to airborne ISR, the DoD faces the challenge of meeting the growing need for more bandwidth to support highly mobile users in a variety of environments. The vision for the Future Force is a smaller, more agile operation. Thus, warfighters may have greater distances to cover in shorter timeframes making situational awareness more critical, ensuring the right resources are deployed to the right areas. The commercial satellite industry is well positioned to partner with the DoD to continue to drive enhanced ISR, efficiencies and cost-cutting measures through proven airborne solutions that provide the following benefits:

Fueling In-Flight Communications
Bandwidth is considered the “fuel” that powers military communications; however, a bigger pipeline is needed to carry data-rich information that includes live, streaming video to and from aircraft as they complete their missions across the world. In addition to video-based ISR implementations, SATCOM can support the fleet, allowing government and military leaders continual connectivity whether traveling short distances or across the globe, ensuring Command and Control is always informed and accessible. Commercial satellite partners can offer global fleets of satellites, allowing for seamless streaming when moving from one area of satellite coverage to another.

Resilient Data In The Air
Technology continues to evolve at an exponential pace. Potential future adversaries may have the capability to attempt to interfere with communications capabilities. Through an ongoing BAA, the USAF Space and Missile Command, along with numerous industry partners, is studying and demonstrating how lower cost, commercial techniques can be applied to this problem for operations in a “contested” environment. In addition, new modem technologies coupled with adaptable beam forming within the satellite offer even nearer-term solutions to this evolving threat. 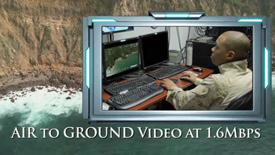 Meeting Technological & Budget Challenges
The current fiscal challenges make it cost-prohibitive for the DoD to develop a new fleet of satellites in the near future. Commercial satellite is a more cost-effective alternative that enables the DoD to reduce the stress on its own satellite networks while meeting bandwidth and budget requirements. Using a bandwidth allocation scheme ensures optimal utilization of satellite bandwidth by releasing assignments to idle terminals, resulting in lower operational costs and improved efficiency. 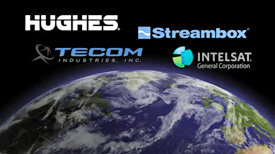 Hughes has developed some of the most advanced bandwidth-efficient technologies to provide high throughput and real-time video, audio and data sharing while implementing cost-cutting measures by not requiring often overestimated amounts of dedicated bandwidth available at all times.

More Than Competent Delivery
The commercial SATCOM industry has proven through decades of operation that it can deliver solutions more quickly and cost-effectively than equivalent government-sponsored programs.

Warfighters depend on COTM to make the best informed decisions that positively affect the security of our nation and that of our Allies. Commercial SATCOM stanww fill the gap for increased satellite capacity.

Rick Lober joined Hughes in late 2008 as Vice President and General Manager of the Defense and Intelligence Systems Division (DISD).  He has more than 25 years experience with COTS-based and full MIL communications and intelligence systems, starting as a design engineer and progressing to a P&L executive.  He had previously worked at Cubic Communications, Inc. and Watkins-Johnson Company.