There was no mistaking the excitement in the air all throughout our recent 31st Space Symposium.

There were exciting announcements, such as ULA’s unveiling of its new Vulcan launch vehicle, and moments of daring-do, like SpaceX’s nearly successful attempt to land a Falcon 9 first stage on an autonomous ocean platform.

However, more important than any single point or program during the Symposium—our largest ever—were two trends throughout that were admirably captured in my favorite news headline of the week: “Diversity and Youth drive 31st Space Symposium.” When the space industry begins to be characterized as diverse and youthful, we have certainly turned some kind of existential corner. 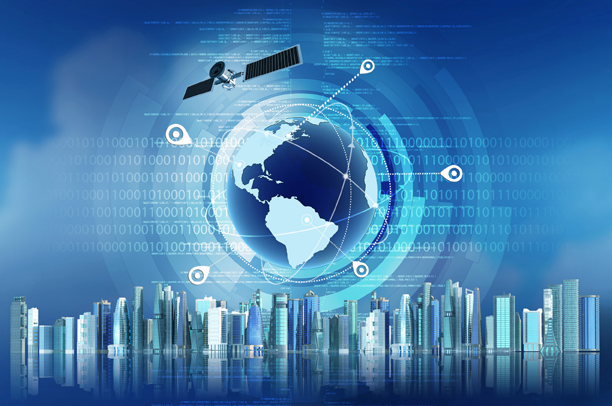 The numbers are easy enough to factor: more than 1,200 different organizations, from nearly 40 countries, with young professionals engaged in the New Generation Space Leaders Program, SGAC Fusion Forum, or working on-site as booth personnel or business development staff made up a larger percentage of attendees than ever before. What is less easy to put your finger on is the heightened pulse, enthusiasm and optimism for the future that characterized virtually every aspect of the gathering.

Simply put, people are bullish on the space industry again. This excitement for the future is becoming contagious. From veteran program managers and seasoned government officials, to young engineers and designers, entrepreneurs and start-ups, even insurers, financiers and the legal community, there is a sense of restored momentum and promise.

Part of the reason is the positive performance of the industry over the past year. In raw numbers, the global space economy grew from $314 billion in 2013 to $330 billion in 2014—with every indication that the industry will continue to grow to at least $600 billion by 2024.

The numbers tell only  part of the story. In the year gone by, a staggering 92 rockets have been launched, putting more than 250 payloads into space. The first new, human rated, deep space exploration vehicle since Apollo was launched. ISS servicing has been successfully transitioned from the government to the private sector, and the commercial companies who will soon take over flying astronauts to the International Space Station have been selected.

The solar-electric propulsion capabilities that will take us to Mars are being mastered, even as the bending of metal has been started on the new, heavy-lift launchers that will take us farther than we have ever gone before. This is heady stuff—and it does not stop there.

Ground has been broken on new commercial spaceports, military space collaborations have been strengthened and reinvented the Joint Space Operations Center and its systems have been reinvented—the first steps toward true space domain awareness have been taken.

The successful replenishment of our crucial GPS satellite systems marches ahead, as does the mostly successful deployment of Europe’s complementary Galileo system. A comet has been chased down and landed upon and humanity’s first-ever encounter with Pluto and its neighbors in the farthest reaches of our solar system is about to be experienced.

Simultaneously, the explosion of space applications continues. New players are emerging with new technical approaches, and the capital to get them rolling and brought to market is being managed by a diverse mix of angel, venture, institutional and traditional banking interests.

Even the ITAR-weary are picking themselves up, dusting themselves off, and learning to run with a new and improved U.S. regulatory framework.

Of course, there were setbacks in 2014, including the loss of an Antares vehicle and Cygnus payload as well as the loss of an experimental suborbital spacecraft by Virgin Galactic. There remains work to be done on ITAR as such relates to human space systems. The behavior of a traditional space powerhouse, Russia, has become problematic for the west and jeopardizes many international space partnerships.

And the future only looks brighter...

2015 will witness even more launch vehicles and spacecraft lofted than 2014, and by 2016, the volume becomes even crazier. Looking out just a few years to 2018, a tidal wave of huge, new, important space projects will be occurring: the next launch of Orion; first flight of the heavy lift SLS system; launch of the James Webb Space Telescope; flights of commercial crew vehicles Dragon 2 and CST-100; the orbiting of next generation satellites in the LEO, MEO and GEO belts; further improvements in space domain awareness, and coalition space operations; and, almost certainly, the commencement of commercial, suborbital, space tourism flights. Commercial companies, universities and non-profit organizations will be landing spacecraft on the moon. SpaceX will be routinely recovering Falcon 9 first stages from pinpoint barge landings.

Going even further out on a speculative limb, I personally believe we may even start seeing mobile phones with satellite-direct backup capabilities—eventually turning every cellular device into a satellite capable device, either through dedicated chipsets or augmented external cases ala the Thuraya slip-on satellite case for iPhone. I also think there is a better than 50-50 chance that the first spacecraft built entirely by students will be heading to Mars.

There are certainly potential bumps in the road ahead. ITAR needs to be further refined so that spacesuits, commercially developed spacecraft and other items can be freely traded among spacefaring nations. For a whole host of reasons, the U.S. and China need to normalize space relations. The global economy needs to remain strong enough to provide capital for new investment. We also need to work diligently to prevent the NASA program of record from being completely derailed as a result of the 2016 U.S. presidential election.

Overall, the technology, regulatory framework, march of progress, spirit of innovation and capital markets are all coming together in a way that could sustain a remarkable new era in space exploration, development and utilization. In light of this bold and exciting era, The View from Here is: It’s Time to be Bullish on Space Again.

In recognition of this bold and exciting era, this fall, the Space Foundation is holding a small by-invitation gathering of some of the most innovative, insightful and visionary professionals from the entrepreneurial and investment sectors of space and technology. The Space Technology and Investment Forum, slated for September 30 to October 1, is the only boutique investment conference that brings together top venture capitalists, international angel investors, founders of new space startups, and tech savvy space enthusiasts with business and legal gurus, insurers and successful space industry CEOs, to the heart of the San Francisco financial district.

The in-depth dialog, expert briefings, analysis of risks and opportunities, informal discussions and networking activities, will provide participants with a better understanding of the global space industry, current trends, emerging technologies and the economic benefits and challenges that lay ahead. From long-term market watchers and high net worth space enthusiasts to the champions of disruptive innovation and architects of new tech applications, the Space Foundation is known for bringing together the very people who shape the future of the space industry, create new markets and value networks, and influence the way people think and work in the years ahead.

Building the future, because we’re bullish on the future.

Named chief executive officer of the Space Foundation in 2001, Elliot Pulham leads a premier team of space and education professionals providing services to educators and students, government officials, news media and the space industry around the world. He is widely quoted by national, international and trade media in coverage of space activities and space-related issues. Before joining the Space Foundation, he was senior manager of public relations, employee communication and advertising for all space programs of Boeing, serving as spokesperson at the Kennedy Space Center for the Magellan, Galileo and Ulysses interplanetary missions, among others. He is a recipient of the coveted Silver Anvil Award from the Public Relations Society of America - the profession’s highest honor. In 2003, the Rotary National Awards for Space Achievement Foundation presented him with the coveted Space Communicator Award, an honor he shares with the late legendary CBS News Anchor Walter Cronkite and former CNN News Anchor Miles O’Brien. Pulham is a former Air Force Civic Leader and advisor to the Chief of Staff and Secretary of the Air Force and a recipient of the U.S. Air Force Distinguished Public Service Medal. He serves on the editorial board of New Space Journal.