The quicker soldiers can receive updated and accurate information, the more effective they become. Airborne satellite communications is playing its part in this new paradigm, allowing our military to communicate in the air with troops at sea, on land, and deployed in remote locations, where terrain and range can interfere with communications signals. 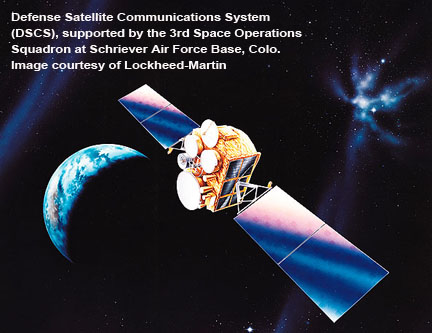 Advances in the speed and throughput of SATCOM signals have made high-definition (HD) video a reality for airborne applications. With the ability to upload full-motion video while in flight, high-speed airborne SATCOM can be used for intelligence, surveillance and reconnaissance missions as well as voice, video and data applications for the military and to fortify disaster response efforts. Using SATCOM technologies, the military and emergency responder communities can make command assignments and target imagery of natural and man-made disasters.

Today, many airborne applications are coming to fruition, thanks to innovations in technology and a push from the Department of Defense to move in this direction. Smaller satellite dishes, more effective compression technologies, and the efficient use of Time Division Multiple Access (TDMA) based spread spectrum technology have all fueled the growth of mobile communications over satellite. Spread spectrum technology lowers the power spectral density of a carrier to mitigate adjacent satellite interference problems inherent when ultra small antennas are used. The cost of this mitigation strategy is increased bandwidth utilization. TDMA based spread spectrum systems minimize the required spread factor to meet the Adjacent Satellite Interference (ASI) power spectral density limitations.

During flyovers of the Gulf Coast last summer, high-tech planes equipped with auto-tracking antennas and state-of-the-art infrared cameras shot high-definition video images of the 3,300 square-mile Deepwater Horizon oil spill and tracked where the oil was spreading in the Gulf of Mexico. The images were transmitted to the U.S. Coast Guard and cleanup workers over a secure satellite communications backbone developed by iDirect Government Technologies (iGT). Internet Protocol (IP) connectivity was provided via satellite from iGT, with bandwidth provided by Intelsat.

The system was vital for up-to-date situational awareness and gave the Coast Guard and cleanup workers a view they could not have had otherwise. The infrared cameras and auto-tracking antennas enabled the collection of video and IP applications, which was critical for the airborne SATCOM application. With this high-powered equipment, officials in charge of the oil spill cleanup mission could see the full extent of the oil slicks and were even able to pick up the plumes that were beneath the water’s surface. This technology is extensible to fighting wildfires and search and rescue missions. 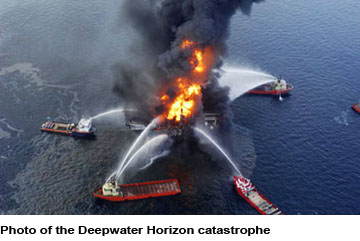 iGT’s high-bandwidth satellite technology was integrated into the aircraft so that the modem, the antenna and the aircraft navigation system all worked in concert. The result of the integrated pieces was a solution that substantially increased the data rates, anticipated the transit between satellite footprints, accommodated the rapid Doppler Effect shifts that occur during flight, thus allowing the antenna to react more quickly to aircraft movement and integrate into many of the ISR systems being used today. The Doppler Effect refers to the high speeds, turbulence and rapid shifts in altitude that can create problems in receiving satellite signals. Additionally, the architecture deployed was able to accommodate hundreds of aircraft in one network and track their movements dynamically if required.

This is among the recent advances made in the field of airborne communications. The key to effectively communicating in the air, similar to other forms of communications-on-the-move (COTM) platforms, is integration of all of the parts. Although mobile communications is not a new concept, a growing number of technological advancements in recent years have made widespread deployment more cost effective and achievable for military and emergency responder communities.

The greatest developments in COTM technology are taking place with airborne communications. Airborne COTM can be just as reliable as ground-based COTM with the use of specialized demodulators that support increased vehicle speeds.

By using automatic beam switching and persistent IP addressing for airborne communications, an aircraft can be flown from the United States to Europe and on to a final destination in Southwest Asia and maintain a seamless global network of advanced communications while switching satellites throughout its journey.

This network even extends to soldiers departing the aircraft with communications-equipped manpacks that include mobile satellite router boards. Paratroopers can quickly and easily set up communications on the ground to suit any mission. 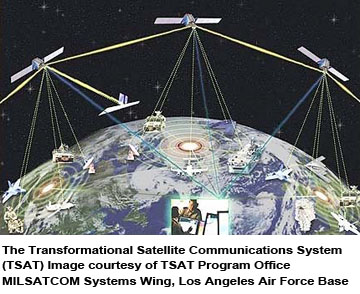 Another critical component is that the airborne system has the ability to transmit in real-time large amounts of data with varying prioritization. This data has to transmit accurately and quickly to military analysts, soldiers on the ground and first responders. The satellite router software must also possess the ability to allow users to quickly and efficiently process the information that is being received, giving those at the command level a better situational view of what is transpiring, in real-time, and with interfaces that make it easier to quickly understand the data.

In recent years, the Department of Defense has shown significant movement in the direction of airborne communications. It is important that military systems can communicate with one another and that information is delivered across a variety of platforms supporting the Joint Forces.

However, the technology is not without its pain points. Without adequate integration between the antenna and modem, airborne communications is inefficient. The need for high-definition video from mobile military aircraft communications is an ISR requirement that has been difficult to achieve in the past due to the requirement for very high in-bound data rates through ultra-small antennas. The speed of the aircraft and abrupt maneuvering can further complicate the puzzle. Recent developments in antenna tracking capabilities are making airborne COTM a reality.

In a mobile satellite network, military security requirements include IA STIG and TRANSEC. These TRANSEC features enable the Department of Defense to obfuscate any SATCOM traffic volume or remote terminal acquisition activity, which either on its own, or when coupled with other intelligence information, may prove useful to an adversary. The information assurance mitigates malicious hacking or denial of service attacks potentially perpetrated by an adversary.

Even with its challenges, airborne COTM continues to evolve and be tested to meet the most stringent military standards. It is where the military is headed to further evolve the airborne technology as a viable COTM platform. It suits the 21st Century warfighter and expands the information reach hundreds, even thousands, of miles away from troops on the ground, giving them an enhanced view of the battlefield.

About the author
Mr. Fuchs is the Vice President of Technology of iDirect Government Technologies (iGT), a satellite-based IP communications company that transforms the way the Department of Defense (DoD) and civilian government agencies get and stay connected. He joined iGT in 2004 as the company was expanding their presence in the VSAT market into new International IP networking opportunities and the federal government. 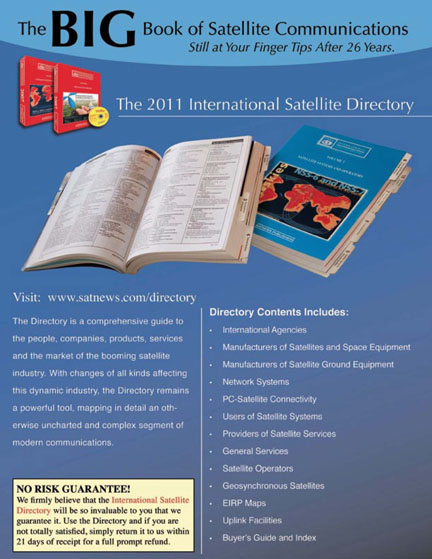