Fifty-three years after the original moon landing, a new space race is starting to take shape. This time, with another setup: instead of superpower countries gauging their technological advances to ensure global domination, we have companies disputing market territories in a profitable endeavor. 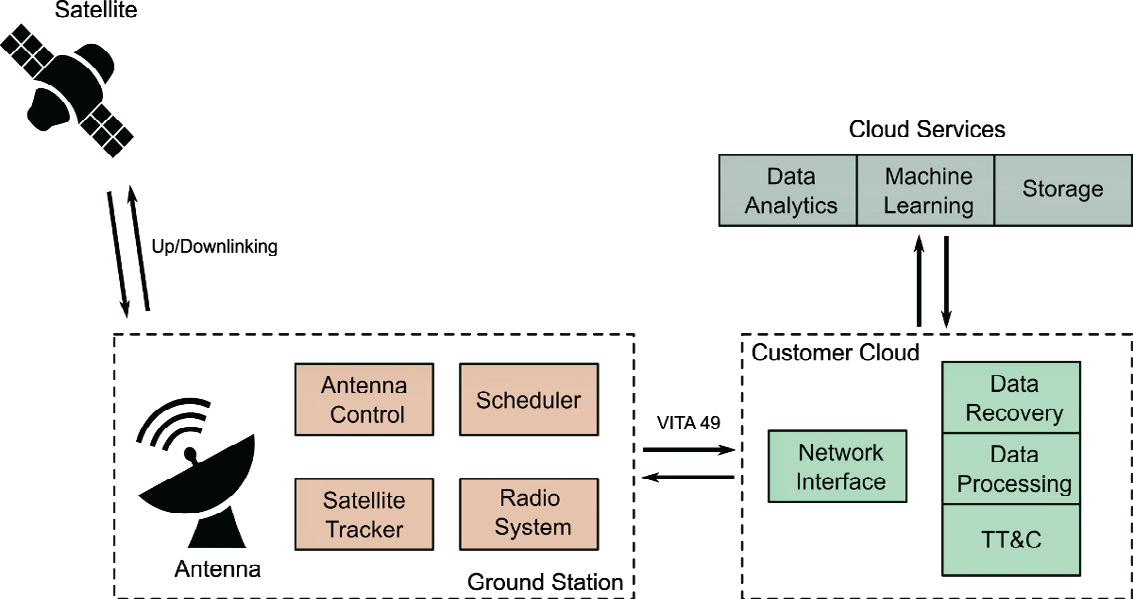 The growing privatization process of space exploration, also called New Space, is driving important developments in several areas of science and technology. The RF industry, one of the pillars of New Space, is providing exciting solutions for several problems in space deployments.

One of the most urgent challenges in the New Space industry is the need for more flexible, distributed and affordable ground station infrastructure. Conventional ground station infrastructure is extremely expensive and requires a high-level of expertise to build and that can kill a satellite project before it even starts — especially for startups and small companies. 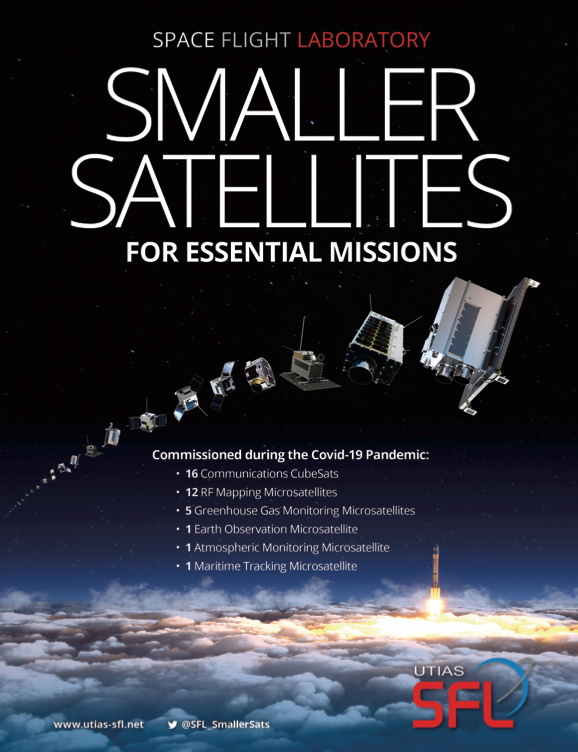 To solve this issue, Ground Station as a Service (GSaaS) was developed. This concept provides an abstraction layer over the ground station infrastructure in the lines of cloud computing by sharing the physical resources of a fully-managed ground station network between multiple applications. This provides a service for the satellite operator to control communication and process data without needing to worry about the physical infrastructure in the ground.

At the heart of this service is the software-defined radio (SDR), which performs all RF functionalities that are essential to GSaaS, from the up and down-linking of data to network control and cloud algorithms. The basic concept, the technology’s advantages when compared to conventional approaches and the importance in the development of this service are key to understanding the significant roles of GSaaS. Additionally, the critical specifications for design and selection, including frequency requirements for up/down-linking, channelization and digitization to different modems over variable bandwidths as well as networking capabilities over Ethernet links to data storage and cloud- based servers, are all important inclusions in GSaaS applications.

Ground stations perform all communications between the Earth facilities and the satellite itself. Therefore, they are the main link between the satellite and the operator/Earth network, which is essential for satellite or spacecraft control and data exchange. Due to the onboard storage and processing limitations of satellites, reliable links with ground networks are important to improve the processing power of missions, by performing all the heavy computation on earth using large facilities. In conventional systems, each satellite is connected to dedicated ground station facilities, communicating using very high frequencies and specific protocols. Although this works fine for Geostationary Earth Orbit (GEO) satellites, as the satellite and ground station are always in the line of sight, such is not optimal for Low and Medium Earth Orbit (LEO / MEO). New Space ground station networks can help these satellites to retain their connections with Earth.

GSaaS are based on the concept of basic communication networks: instead of building a dedicated infrastructure for each satellite deployment, a common infrastructure can be shared by all satellite applications through a layer of abstraction, while the physical management is performed internally by the company that owns the infrastructure. There are two main paradigms in GSaaS, namely dedicated GSaaS, where the capacity of existing ground stations built for particular purposes is rented, and ground station capacity aggregators, where the spare time of installed antennas around the world is used by the ground station network.

Figure 1 describes the high-level architecture of a GSaaS implementation, showing the connection between satellite and ground station (GS), as well as the virtual uplink/downlink between the customer cloud and the GS. Data can be then processed in the user application and then used for analytics, machine-learning (ML), and basic storage.

The difference between GSaaS and conventional systems is the virtualization of satellite gateways, where all physical up-link and downlink is performed by the infrastructure of a third-party company, which communicates with the user application. However, the virtual ground station provides the same functionalities as a real one, including transceiver configuration and frequency selection.

Using this virtualization mechanism, the user is able to manage satellite data ingestion, perform AI/ML-based algorithms, and distribute data in the cloud without having to worry about the physical connections with the satellite.

GSaaS is particularly attractive for small companies and startups that cannot afford expending time and resources in dedicated ground station infrastructure, so they are expected to be the main clients of these networks. Land and sea sensors that collect measurements on the earth surface can use this service to send data to satellites, de-centralizing data distribution.

This can be used by both academics and the industry to perform analytics in the big data collected by several sensors around the world and to perform imaging from space.

Alternatives to GPS/GNSS are also possible for users of GSaaS, profiting from its distributed infrastructure. However, this ground station paradigm is not meant for large companies that have the resources to build state-of-the-art infrastructures with dedicated features and computing power that cannot be obtained from shared ground stations.

There are several advantages of using GSaaS instead of dedicated ground stations. The most obvious one is the reduction in maintenance cost and launch time, by using an already existing ground station facility that is managed internally.

This allows the users to focus on satellite construction and the application, which not only reduces the design cost but also helps to push the technological envelope by concentrating the efforts in what matters.

In a commercial perspective, GSaaS operations do not require long-term commitment, as the company can pay per minute and stop using the service at any given time. This provides another layer of flexibility for making financial decisions. Finally, GSaaS are installed near to data centers, which greatly facilitate data storage and processing.

One of the most recent revolutions in radio technology is the impact software has on the operation of the radio itself: the heart of this revolution lies the software-defined radio. SDRs are designed to perform most of signal processing functions in the software domain, minimizing the amount of analog hardware required. This improves not only the processing power of the device, but also increases the level of flexibility, precision, and reliability of radio applications.

The basic SDR can be divided into two main functional blocks: the radio front-end (RFE) and the digital backend. The RFE is the analog part of the SDR, containing the receive (Rx) and transmit (Tx) channels working on a wide variety of tuning range.

Bandwidth is important in radio applications, so the highest-performance SDRs are designed to provide up to 3 GHz of instantaneous bandwidth, over multiple channels. The RFE performs amplification, mixing, and filtering of the signal, interfacing with the digital backend through independent ADCs and DACs.

The digital backend consists of and high-performance FPGA with DSP capabilities, including modulation, demodulation, up/down-converting, and data digitization over Ethernet links. The parallel nature of the FPGA allows high throughput operation with very low latency.

The reprogrammable nature of the digital backend combined with the versatility of the RFE significantly improves the adaptability of the SDR, allowing the use of off-the-shelf devices for several different applications, without requiring any hardware modification.

Furthermore, several algorithms can be performed using the digital backend, from basic communication protocols to complex artificial intelligence/ machine learning (AI/ML) software. Channelization, an important function in GSaaS systems, can also be performed by the FPGA.

In a GSaaS architecture, the client’s satellite is connected to the antenna network with several ground sub-systems. The user sees only the service performed by these sub-systems, which are managed by the cloud provider company.

It is in the ground station sub-systems that the SDR is applied, in the infrastructure that also includes the antennas, the antenna control, the schedulers, and the satellite tracking system. 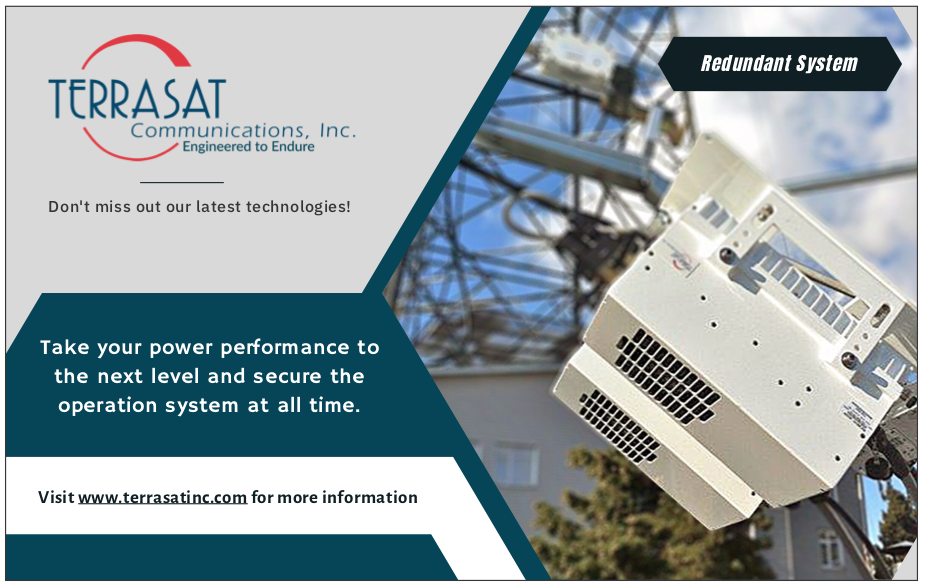 The connection itself is performed using software modems, that are hosted in the cloud infrastructure. By using a cloud-based infrastructure, the customer can profit from cloud services for data processing and storage, making it easy to perform analytics on big sets of data.

Figure 2 above shows the SDR integrated into the GSaaS architecture, being linked to the antenna through SMA connectors, and interfacing with the GS via Ethernet optical links. The SDR provides all RF functionalities necessary for signal reception in a variety of applications, including wide tuning range, up/ down conversion of frequency, and signal digitization using ADCs and DACs.

However, one feature that cannot be overlooked in GSaaS systems is channelization capability. As the GSaaS network has to deal with several different applications running at the same time, the SDR must be able to break the frequency spectrum into sections and perform parallel demodulation of the different carriers simultaneously, which is called channelization.

FPGA-based digital units are fundamental to allow robust channelization techniques that can be reconfigured and adapted on-the-fly. The SDR is also responsible for data packetization into VITA-49, sending packets over Ethernet links.

Data throughput is important to manage large sets of data, so the highest data-throughput SDRs in the market implement +qSFP links for reliable communication at high speeds.

There are several advantages of using SDRs as the main radio modules in GSaaS systems. Firstly, they significantly increase the flexibility of the infrastructure, being able to work with several protocols, bandwidths, and waveforms (due to the ADCs and DACs) without needing any hardware modification. This allows the GSaaS system to work with any application, even the ones implementing customized modulation schemes and coding methods.

Additionally, FPGAs can be easily reprogrammed online — they can be upgraded and calibrated while in service, improving overall performance using error correction and IQ imbalance compensation techniques.

Furthermore, SDRs provide the high-level of interoperability, which is necessary to work with legacy equipment and can also extend the service life of the infrastructure. SDRs can also be used for compatibility testing of ground stations, to check if the facility can be properly linked with the satellite in question.

Finally, SDRs can ensure the accuracy of real-time kinematic positioning (RTK) by providing precise and reliable measurements of the carrier phase.

A new paradigm in ground-station technology is needed in the face of New Space and the consequent modernization of the satellite industry.

Small companies and startups cannot afford the resources and time necessary for the design, construction, and management of large ground facilities to deploy their satellites applications.

GSaaS can solve this problem by providing a self-managed ground infrastructure that can be shared among customers as a network service, eliminating the need for dedicated ground stations in small deployments. This greatly reduces the cost and design time of satellite applications, as the customer can pay per use instead of building their own facilities.

The virtualization of the satellite gateways and modems also provides better integration with the cloud, allowing the easy implementation of data analytics and machine learning algorithms.

SDRs play a major role in the GSaaS architecture by receiving and transmitting signals to the antenna, performing all RF operations required for signal processing, and interfacing with the host/network via Ethernet connections.

Their software -based operation provides the flexibility and adaptability necessar y to work with several protocols, frequencies, channelization techniques, and modulation schemes, as well as allowing the system to be upgraded and reconfigured while in ser vice, without requiring any hardware modification.

Therefore, SDRs are fundamental building blocks in GSaaS systems, and the proper selection of the SDR model can highly influence the performance of the whole infrastructure. 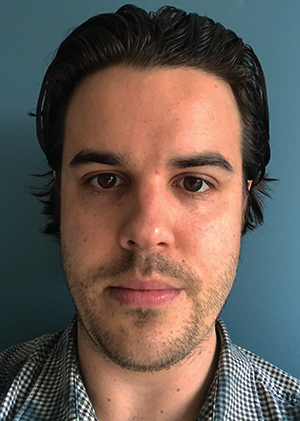 Brendon McHugh is a field application engineer and technical writer at Per Vices. Per Vices has extensive experience in designing, developing, building and integrating SDRs for various applications in satellite, GPS/GNSS and ground station applications. Brendon is responsible for assisting current and prospective clients in configuring the right SDR solutions for their unique needs. He possesses a degree in theoretical and mathematical physics from the University of Toronto. Visit the company’s website at www.pervices.com or contact solutions@pervices.com today to see how we can help you with your SDR needs.