When it comes to providing satellite services to customers, we are fierce competitors. When it comes to the Commercial Integration Cell (CIC), we are close collaborators. 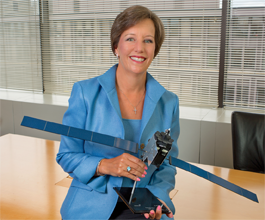 By “we,” I am referring to the six satellite services companies—DigitalGlobe, Eutelsat, Inmarsat, Intelsat, Iridium Satellite Communications and SES Government Solution—that have signed six Cooperative Research and Development Agreements (CRADAs) and joined together as part of the CIC.

On June 1, 2015, the Joint Space Operations Center (JSpOC) launched the CIC pilot program to explore a partnership between the Department of Defense (DoD) and the satellite industry. Through the ensuing expanded cooperation and synergies, JSpOC is seeking greater space situational awareness while improving the command and control capacity of US Strategic Command’s Joint Functional Component Command for Space (JFCC Space).

According to US Navy Commander David Samara, the former deputy director of strategy and plans at JFCC Space, “The CIC will allow for rapid identification, diagnosis and resolution of on-orbit anomalies while also increasing the overall resilience of US government satellite operations."

Lieutenant General Jay Raymond, former Commander of JFCC Space and the 14th Air Force (Air Forces Strategic), said that JSpOC tracks 23,000 objects in orbit and that number will increase as new technologies, such as the Space Fence, come online. He described the CIC pilot as “the next step in our ongoing efforts to partner with like-minded space-faring entities to promote the peaceful and responsible use of space” through the enhanced integration of industry capabilities into day-to-day space operations.

With the private sector embedded into relevant exercises and training sessions, the CIC promises to usher in major advancements in the reporting, tracking and resolving of events that compromise satellite communications. (Lieutenant General David J. Buck, JFCC Space and 14th Air Force commander, also advocates for the benefits of the CIC—he has recently approved a Concept of Employment for the CIC as all parties move forward under the CRADAs.)

DoD leadership originally conceived of this idea during the September 2014 Schriever War Game, during which Lieutenant General Raymond had access to a CIC within the exercise’s operations center. Options made available via commercial resources were found to boost efficiencies and fidelity throughout the entire space situational awareness enterprise, which then paved the way for discussions about an expanded deployment of CIC.

Since the pilot program’s launch, industry partners have lent their insights into commercial best practices in order to help JSpOC optimize data sharing and decision-making related to space situational awareness, interference events, indications/warning and contingency operations, thereby leading the way for a superior state of crisis preparedness. As governed by CRADAs, the CIC has used existing IT support and working facilities on the JSpOC floor.

General John Hyten, commander of Air Force Space Command, has repeatedly cited the US National Space Policy of June 2010 as a prime driver of this very level of partnership. The policy states that “a robust and competitive commercial space sector is vital to continued progress in space” to “increase assurance and resilience of mission-essential functions … against disruption, degradation and destruction, whether from environmental, mechanical, electronic or hostile causes.”

Budget Allocations Prove Promising
The CIC is one of several initiatives being highlighted by the US Air Force since the White House approved $5 billion worth of funding from fiscal 2016-2020 for “space protection” measures. 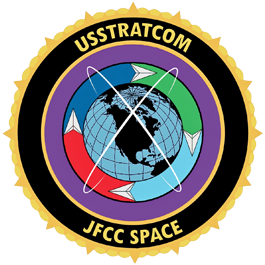 “Space capabilities are vital to US national security and the ability to understand emerging threats, project power globally, support diplomatic efforts, and enable global economic prosperity,” according to a White House report that was prepared in support of the fiscal 2017 budget entitled Meeting Our Greatest Challenges: National Security and Global Leadership. "[The budget] supports a variety of measures to help assure the use of space in the face of increasing threats to US national security space systems. In addition, it supports the development of capabilities to defend and enhance the resilience of these space systems. These capabilities help deter and defeat interference with, and attacks on, US space systems.”

As part of the CIC, Inmarsat has worked with leaders on the JSpOC floor literally every day. During highly productive focus group sessions, we have directed our attention to two key technology and data sharing areas intended to introduce improved processes and commercial/government integration: conjunction assessment and electromagnetic interference and resolution.

In the modern age of both a crowded space environment and the potential for hostile nations to target the nation's orbital assets, conjunction assessment has emerged as crucial—a single collision or attack can destroy a satellite. This destruction impacts not only the missions supported by the satellite, but also threatens other satellites with the remaining debris. Thus, a single incident could derail much needed progress for many, many years.

“We must reinforce the peaceful use of space while ensuring continued space operations through partnerships and resiliency,” said Admiral Cecil D. Haney, USSTRATCOM commander. “The US continues to partner with responsible nations, international organizations and commercial firms to promote responsible, peaceful and safe use of space. We also strive to maximize the advantages provided by improved space capabilities while reducing vulnerabilities; and seek to prevent, deter, defeat and operate through attacks on our space capabilities."

This is why the sharing of best practices with the Department of Defense (DoD) is imperative for the industry. These conversations have been a rich and even an eye-opening exchange of ideas—an unprecedented, cohesive effort between the government and the industry’s leading companies. 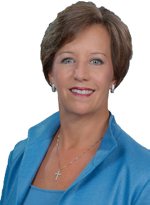 With regard to the latter, competitive interests are put aside each time the team walks inside JSpOC’s doors. The purpose is unified and all are committed to ideals that benefit the nation; the troops on the ground, in the air and at sea; and, lastly but still significantly, all of the commercial interests in space.

At Inmarsat, recognized is the tremendous value in being good stewards of the space domain. The company shares the same space with many other operators. Thanks to the CIC, all can work together to protect that space.
inmarsatgov.com