Much like the race to the moon in the 1960s, history shows that the transformation of aerospace has helped the United States remain competitive around the globe. Given the sensitivities in today’s world as well as the limitations of any ongoing U.S. government support, it is imperative that the private sector continues to ensure the momentum of aerospace transformation continues to move forward. 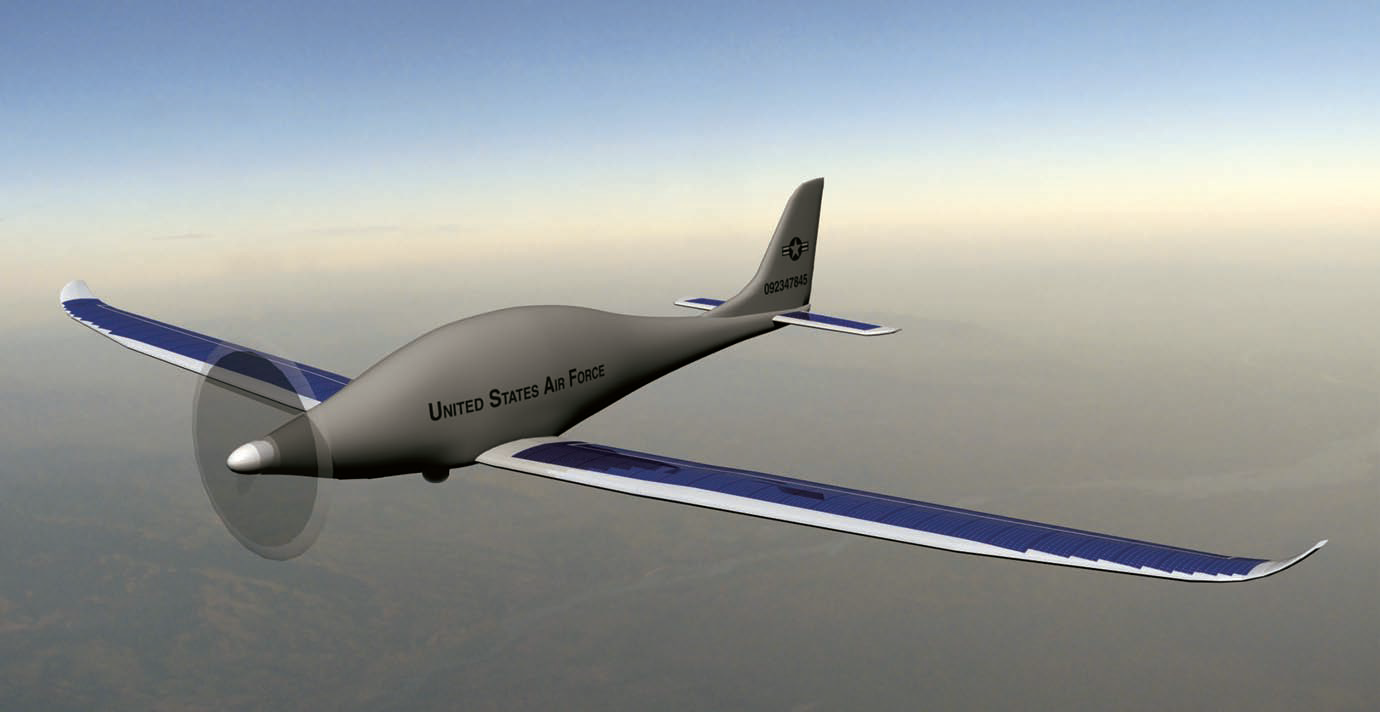 Time and again, the U.S. has proven that when the country puts its weight behind the development of aerospace technologies—particularly during a crisis—the benefits to the nation are immense.

In 1915, as the world engaged in World War I, President Woodrow Wilson created the National Advisory Committee for Aeronautics (NACA) to promote a coordinated effort between industry, academia and government in anticipation of a future entrance into the war. The Congressional decree that created NACA stated, “It shall be the duty of the advisory committee for aeronautics to supervise and direct the scientific study of the problems of flight with a view to their practical solution.”

Perhaps most stunning about the creation of NACA is that the committee consisted of 12 individuals, all unpaid volunteers, who were given a budget of $5,000 for that first year.

In the years that followed World War I, NACA shifted its mission to promote military and civilian aviation through applied research that considered the future needs of aerospace and the country. Over the next four decades, NACA contributed to great achievements in thin airfoil theory, drag reduction, airfoil shapes and the transonic area rule. 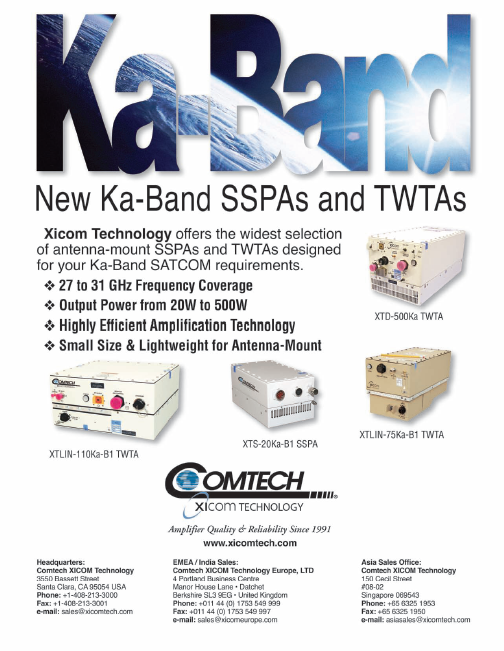 The investments in NACA became critically important contributions to aircraft during World War II, for post-war research and the subsequent boom in civil general aviation as well as the jet age and included the work of government laboratories. The stage was then set for NACA’s eventual successor—the National Aeronautics and Space Administration (NASA), which was created in 1958, and the launch of the U.S. race into space and the moon.

This remarkable aerospace legacy is a vital component of U.S. identity. Today we find ourselves at an identical critical juncture, just as we were 100 years ago at the start of World War I.

With the retirement of much of the U.S.’ space program, and little vision or budget for the future of aerospace, the genuine concern is that the great days of NASA are now behind us. The size and scope of the challenges facing all sectors of aerospace are enormous, necessitating an efficient process to expedite deployment of new technologies.

To get to market, however, emerging technology must move through an innovation pipeline that is comprised of four critical phases: research, development, demonstration and deployment. Each phase represents an opportunity for great achievement or a chance for failure. With the volatile economy of the past five years, many in the industry and government are highly risk averse and fewer risks are acceptable in a push forward to nexgen technologies.

Unfortunate, to say the least. Especially critical is the transition from product demonstration to actual deployment—often called the “Valley of Death.” Testing of prototypes often requires large-scale, complex, development capabilities. The U.S. Air Force and certain elements of the aerospace industry possess such wherewithals, as well as extensive experience, but they have no actionable budget to complete such programs. 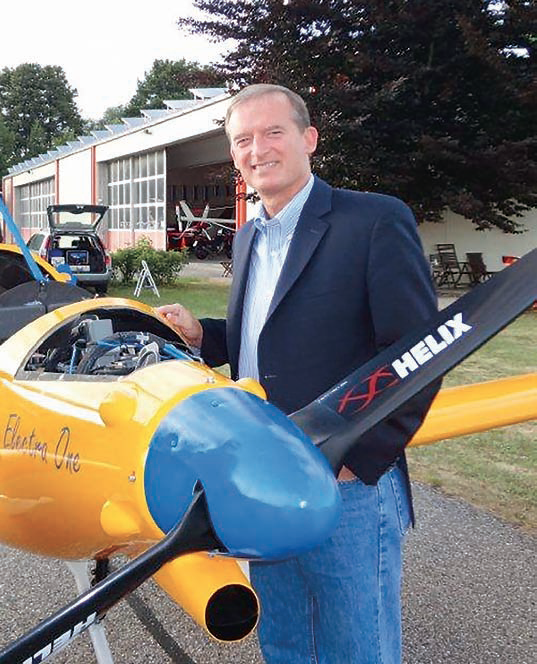 George Bye with the Electra One technology demonstrator.

StratoAirNet UAVs are intended to be part of a multiple, UAV-linked capability called the StratoAirNet Airbridge System (SANS), which will supplement other ground, air and space platforms. It is expected to be part of a large and ever growing communications market and will demonstrate economic and performance superiority in satellite comparable data, voice, Internet communication, Earth Observation (EO) and mapping.

StratoAirNet will use long, 25 meter span, glider-like, low drag laminar flow wings and highly efficient solar electric technology. These technologies are combined to provide utmost flight endurance, which will be accomplished through the use of new technology that includes electric propulsion systems for flight thrust via the efficient energy collection of sunlight.

Lightweight, thin film solar photovoltaics (TFPV) are placed on the wings’ surface. The daylight excess energy is stored in batteries for operations at night—providing sufficient energy for flight operations around the clock. This day and night capability provides highly desirable and unprecedented mission flexibility, all at a unit and operating cost that is dramatically less than typical UAV systems of this size and weight category.

While sized similar to the Predator UAV, StratoAirNet is priced at a small fraction of that unit cost. However, StratoAirNet is projected to outperform in global range and persistence by a wide margin. With modern sensor packages, the modular payload bay is “sized right,” relatively light compared to the older systems on competing UAVs. 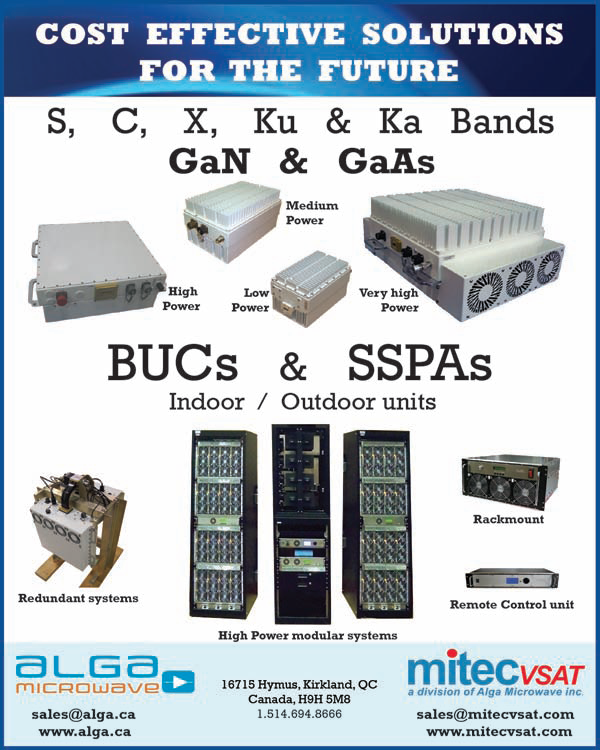 Aerospace projects such as StratoAirNet are highly complex, requiring technology from a number of different sectors. Bye Aerospace gained experience with advanced technologies when the company recently collaborated with another Colorado company, Global Near Space Services (GNSS), on design and research for the development of a unique solar-electric powered airship named “Starlight.”

The Starlight is a lighter-than-air UAV that uses solar electric energy stored in batteries to run propellers to support the drone at a specified location. A special combination of technologies and design enables the vehicle to maintain station for four months at a time. Starlight is intended to be a high-altitude, long-endurance UAV system with military applications for border patrol, visual and thermal reconnaissance and forward air control. Civilian applications include traffic control, pipeline and power line inspection, aerial law enforcement, forest fire detection and aerial photography.

Another technology experiencing rapid improvement are TFPVs themselves, which have seen an operational conversion efficiency increase rapidly. This high conversion efficiency of sunlight energy to electric energy appears to allow for a meaningful supplement to some long-endurance flight aircraft. Ascent Solar Technologies, Inc. (Ascent), a developer of flexible copper indium gallium (di)selenide (CIGS) solar panels, has been named a development partner for Bye Aerospace’s aircraft programs for the aerospace and defense markets.

Ascent’s panels employ CIGS photovoltaic technology on flexible, plastic substrate—a technology that has the potential to transform the way solar power can be used in everyday life. The technology was founded decades ago to enable aerospace and high-altitude applications due to their lightweight, flexible characteristics and the ability for seamless integration with a number of substrates.

As a company, Ascent plays on its strength and thinks differently than traditional solar organizations. Their business model is not to compete with glass crystalline modules but to look for any other surface for power generation. As the panels integrate seamlessly with any number of substrates, the applications for the technology are limited only by one’s imagination and access to the sun.

Panel features can vary by applications. For example, for more robust applications, the panel can be attached to a thicker backsheet and protected by a finish. The panels can be integrated into fabrics used in forward operating bases and as portable solar chargers for soldiers without weight burden.

In example, Ascent is testing multi-kW scale tent files designed as charging stations that can be quickly deployed and folded after use with minimal weight impact to a soldier’s backpack. These products have the capability of directly reducing the military’s dependence on conventional, fossil-fuel based power systems, while simultaneously reducing the physical burden and security risks to soldiers. Additionally, Ascent has already demonstrated commercial applicability in the electronics, building and transportation sectors. 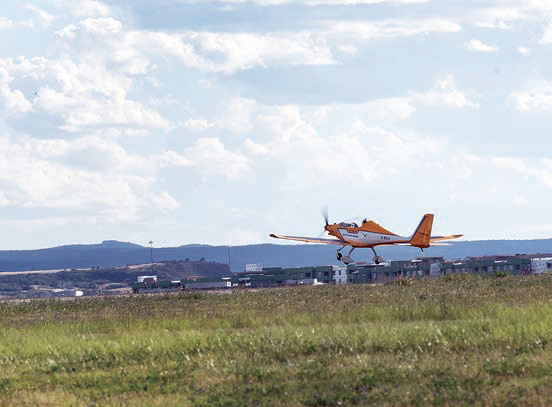 Advances such as Ascent’s technology can also open a range of opportunities to address poverty reduction in underdeveloped areas of the world. The introduction of the cellphone introduced opportunity to these areas but users must walk for hours to access diesel generators to charge their cellphones. Deployment of flexible, solar charging stations certainly will provide an inexpensive and time-saving solution for the poorer areas of the world and their communications needs. These panels could further be applied to lanterns to replace those that are currently powered by kerosene.

As these examples illustrate, striving for innovative achievements in aerospace is not only possible, it is imperative. Many in the military industry are proclaiming that the U.S. has become complacent in regard to new technology innovation—I wholeheartedly agree.

Our would-be adversaries have access to many of our same resources, but often lack the funds or sophistication to take advantage of the situation. Key to the equation of achieving and maintaining technology superiority in aerospace is private sector funding, aided by incentives from government military programs to increase the speed and momentum of innovation.

By the same token, the U.S. must be willing to take on risk or innovation loss will be the result. All too often, innovative efforts are governed by schedule, risk and budget, but that approach is flawed. Some of the greatest aerospace programs in history achieved success because private industry made the initial investment, proved the capability and brought the technology to market.

With the combination of innovation, incentives and collaboration, the greatest achievements in aerospace are not behind us, but are positioned directly at our doorstop. 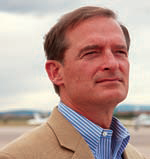 About the author
Mr. Bye is the Founder of Bye Aerospace, Inc., and the creative innovator behind the company with two decades of experience as an aerospace entrepreneur and executive. In early 2007, he founded Bye Aerospace, with a business plan to balance engineering services and internal research of advanced concepts. Among the designs, which use advanced aerodynamics, composite structures and alternative propulsion systems are two new solar-electric hybrid UAV concepts.

Following his service in the U.S. Air Force he was an instructor pilot subject matter expert in the analog avionics to digital avionics modernization program (AMP) for the Lockheed C-141 Starlifter in the mid-1990’s. Mr. Bye holds a B.S. in Engineering from the University of Washington, and an Airline Transport Pilot rating with more than 4,000 flying hours. His varied flight experience includes the supersonic Northrop USAF T-38 where Mr. Bye flew as an instructor pilot in the Euro-NATO Joint Jet Pilot Training program at Sheppard AFB and the C-141B strategic cargo transport as a USAF and Aircraft Commander IP, including service in Desert Storm. 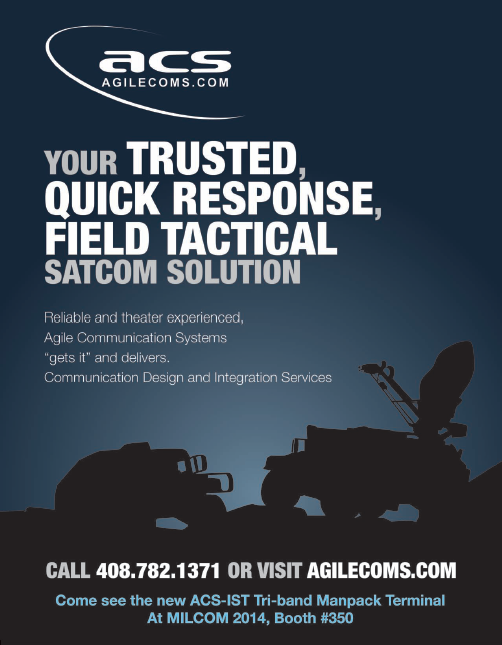