SES WORLD SKIES, USG Solutions will host an experimental U.S. Air Force sensor on an SES satellite operating over the United States. The CHIRP flight demonstration program will test a new type of infrared sensor from geosynchronous orbit. This sensor will be integrated onto SES-2 and the data it receives will be transmitted to a ground station for analysis. 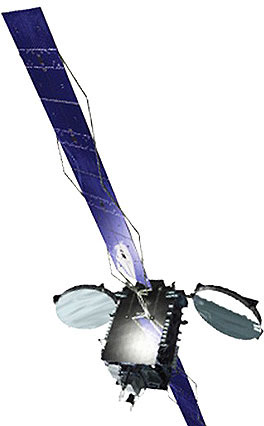 This flight demonstration program illustrates how a commercial satellite operator can provide tremendous value to government customers looking for affordable access to space. SES WORLD SKIES, USG Solutions will also provide the services to determine the utility of the sensor in terms of data, performance validation and interoperability.

Michael Felix, Program Manager at SAIC, explained that the CHIRP sensor features a telescope that can view a quarter of the earth from geosynchronous orbit. The CHIRP sensor is equipped with a four megapixel focal plane array manufactured by Teledyne that is sensitive in both short wave and medium wave infrared.

The sensor completed its calibration campaign at the Utah State University Space Dynamics Laboratory (SDL) in Logan, UT. Major Craig Phillips, the former CHIRP Program Manager at SMC, said, “We are excited about the measured sensitivity of the instrument at SDL. Wide field-of-view sensors improve detection and collection by continuously staring over a wide area of interest which is key for meeting future OPIR requirements. Furthermore, wide field-of-view staring sensors eliminate the need for mechanical gimbals, thereby simplifying spacecraft installation and mission management.” 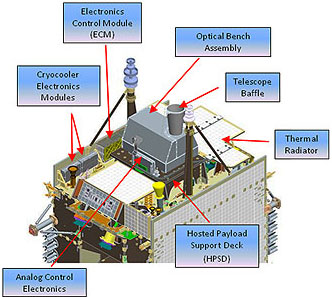 One of the steps for the CHIRP sensor is a series of electrical interface tests. Brent Armand, Program Manager at Orbital explained, “We will test the CHIRP sensor with a set of electronics known as the Secondary Payload Interface (SPI). The SPI is a key enabler for hosting military payloads because it provides a secure, two-way communication channel to the government payload through a standard commercial telecommunication transponder. After checking the electrical interfaces, Orbital and SAIC technicians will mount the sensor to the earth-facing panel of the satellite for full-up spacecraft mechanical and thermal testing.”

Timothy Deaver, Vice President of Hosted Payloads at SES WORLD SKIES, U.S. Government Solutions, said that the launch window for this mission is expected to open in the second half of 2011. “We look forward to demonstrating in space how hosting government payloads on commercial satellites can provide cost effective means for experimenting with new technologies. Down the road, we envision a variety of operational military missions can be served by special purpose payloads hosted on commercial spacecraft.”

For hosting on the upcoming SES-5/Sirius 5 satellite, which will launch in the second half of 2011 to 5 degrees East, will be the European Geostationary Navigation Overlay Service (EGNOS). This satellite will provide navigation services to Europe and will supplement the American GPS and the Russian-led GLONASS navigation systems. It verifies, improves and reports on the reliability and accuracy of positioning signals in the European states area. In the future, it will also support the European GALILEO navigation system.

ASTRA has been awarded two contracts for EGNOS following two completely separate tenders by the European Commission, which manages the program on behalf of the European Union. Two tailor-made payloads and the related ground infrastructure, including fully redundant ground network hosting and two redundant uplink chains, will be supplied by ASTRA. These are the first fully commercial payloads for the EGNOS program. The hosting satellites provide the capability to extend the coverage of the service from Europe to Africa and other neighboring countries of the EU. 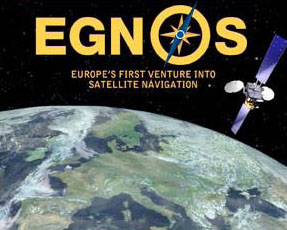 EGNOS is a satellite-based system that complements the GPS system by sending integrity signals in real-time. EGNOS provides multiple redundant signals to enable safe aircraft landings and other critical navigation decisions. EGNOS provides enhancements for accuracy, availability, continuity and integrity. These parameters relate to the trust which can be placed in the information, including timely warnings for the user when navigation systems (or data provided by the systems) should not be used for navigation. This is particularly important to ensure safe aircraft landings in bad weather conditions and for marine vessels to safely navigate through narrow or congested waters during times of bad visibility. Correction data improves the accuracy of current GPS services from about 10m to about 2m.

The payloads hosted by ASTRA on ASTRA 4B and ASTRA 5B form part of the EGNOS space segment, which is composed of several geostationary satellites that distribute the EGNOS signals. On the user side, multiple types of EGNOS receiver terminals are being developed for various types of users. The ground segment is composed of stations/centers which are mainly distributed in Europe and are interconnected through a terrestrial network.

– 34 Ranging and Integrity Monitoring Stations (RIMS): receive the original navigation system satellite signals and send this information to the control and processing centers. The EGNOS extension program envisages the deployment of 7 additional RIMS.

– 4 control and processing centers (MCCs) receive the information from the RIMS and generate correction messages to improve satellite signal accuracy and information messages on the status of the satellites. The MCC acts as the EGNOS system ‘brain.’

In addition, the system has support installations on the ground that perform system operations planning and performance assessment.