The Air Force is pursuing a range of options that will, in combination with a reset in the number of sustainable combat air patrols, help alleviate long-term stress on Remotely Piloted Aircraft crews. 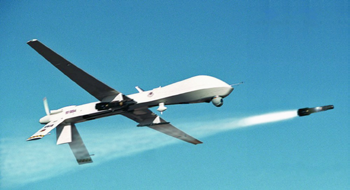 Initial efforts were announced by the Air Force Secretary and Chief of Staff earlier this year; new initiatives include incentive pay increases and bonuses for crews, directing additional funds to the mission, augmenting current crew manning, increasing the number of RPA pilot graduates, and increasing the use of Guard and Reserve Airmen as well as contractors to bring relief to a community in high demand.

Air Force Secretary Deborah Lee James says the Air Force will continue to support Combatant Commanders with RPA missions while also focusing on initiatives that reduce stress on personnel and build readiness that is sustainable over time.

“Balancing ISR capability across the range of military operations with finite resources remains a challenge,” said Secretary of the Air Force Deborah Lee James. “In order to best meet mission demands and sustain the force, the SECDEF has approved a CAP reset to improve RPA pilot operations tempo. We needed to do this to ensure the long-term viability of this capability.”

After spending much of the last decade in surge mode, the Air Force is looking to put into place measures to bring additional relief to the high-demand remotely piloted aircraft community.

Operating at a surge capacity for nearly a decade has taken a toll on the force.

In order to meet combatant commander requirements, and in response to SECDEF direction, the Air Force surged MQ-1/9 combat air patrols nine times in the last eight years, and has sustained those operations to date, according to Air Force officials

In April, Secretary of Defense Ash Carter approved the reset of the CAP planning guidance to reflect a drop in CAPs from 65 to 60.

This initiative was designed to alleviate the state of constant surge experienced by the RPA community.

Air Force leadership recognizes the stakes of not properly balancing mission demands against the needs to develop the force and the potential risk assumed in areas such as retention, training, manning, and combat capability.

“Maintaining operational success and fulfilling combatant command requirements for a sustained period of time has impacted our ability to train the force and risks the health and long-term viability of the enterprise,” said Gen. Mark A. Welsh III, Air Force Chief of Staff.

“Current demand put requirements for active-duty RPA pilots at about 300 per year. However, our current active-duty training production output is only 180 pilots per year. The new plan aims to add more than 100 additional pilot graduates per year.”

To address concerns, the Air Force launched several initiatives in January 2015 to deal with the growing strain on RPA capacity and continues to explore options to fix manning challenges.

In January, Secretary James took immediate action to increase RPA pilot Aviation Pay from $650 to $1,500 a month. Now the service is developing plans for a longer-term RPA pilot retention bonus for Fiscal Year 2016 release and is actively advocating for new incentives.

In order to enable force development and necessary training the Air Force will make use of an array of resources.

“In an effort to further improve the health of the force, we will leverage the Air Reserve Component (ARC) and contractor support to bring relief to the active-duty force. This will allow manning to be reinvested into the RPA training pipeline,” said James.

The service is also working on funding actions to relieve stress across the RPA enterprise. 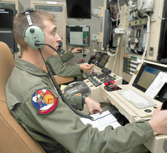 “We’re redirecting funds into the RPA community and will request support from within the Department of Defense to cover additional requirements,” said James. “This is an absolutely critical mission set and investment is required to ensure its long-term viability. We’re committed to getting this right.”

The service recognizes the demand for ISR and RPA pilot skills will remain.

“The demand for ISR capability will always exist,” said James. “We are focused on developing and managing ISR assets to be agile and responsive enough to support global and theater requirements in a seamless manner while at the same time, managing the stress on Airmen. We are taking action to provide near-term operational relief while addressing quality of life concerns.”

Story by Secretary of the Air Force Public Affairs

The Army is delivering new technologies to the Global Response Force, or GRF, that will help transform the concept of a command post from a stationary, tented shelter to a mobile enabler for expeditionary mission command—including during operations in flight and early entry into developing situations.

“No matter where we’re going in the world, enabling us to maintain situational awareness en route, and even do [it] in-stride changes, is invaluable,” Army Vice Chief of Staff Gen. Daniel B. Allyn said. “And likewise with our early entry forces—the ability to immediately expand their mission command capacity upon initial entry, and eventually build to a network that’s mature to fight the follow-on phases, is critical.”

The Global Response Force, or GRF, of the XVIII Airborne, or ABN, Corps, supports that unique early entry mission, with the ability to rapidly deploy a brigade combat team on a very short timeline to any hotspot as called upon by the president. Because they are first in, they need as much situational awareness as possible.

Due to the high-profile nature of the GRF mission, the Army has validated a number of operational needs statements, or ONS, for the unit’s communication requirements. These ONS led to two groundbreaking capabilities—an en route mission command capability and small tactical network satellite terminals that support early entry operations. 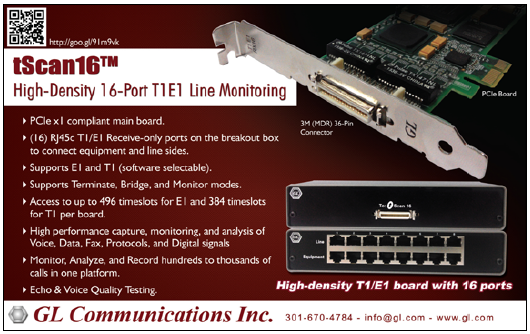 These technologies enable Soldiers to connect to the Army’s tactical communications network backbone, Warfighter Information Network-Tactical, or WIN-T, before the heavier WIN-T satellite terminals and networked combat vehicles can be flown in to support larger scale operations.

Before the paratroopers even get near the drop zone, the new Enroute Mission Command Capability, or EMC2, enables commanders of GRF units to plan missions and maintain situational awareness in the air. Now, as the situation develops in the destination target area, commanders will receive updates, understand changes on the ground and adjust their plans to accommodate for those changes, all while in flight. This can eliminate hours of on-the-ground planning at the drop site so Soldiers are more effective immediately upon landing. Not only does EMC2 enable the airborne task force commander to better understand the situation, but it increases awareness for all of those service men and women aboard the aircraft.

“The amount of bandwidth we can provide on the aircraft is roughly equal to what a brigade command post would use in the field, so commanders can use mission command applications and communication capabilities just like they would do on the ground in the command post,” said Lt. Col. Joel Babbitt, product manager for Warfighter Information Network-Tactical, or PdM WIN-T, Increment 1.

EMC2 provides a broadband connection that allows commanders to tap into command and control applications like the common operating picture, secure video teleconferencing, Secure Voice Over Internet Protocol calls, and full motion video using intelligence, surveillance and reconnaissance, or ISR, feeds from unmanned aerial vehicles, which can be displayed throughout the aircraft on LED screens. Commanders and their paratroopers can see the target drop area, gain an understanding of the battlefield before arriving, and see enemy positions and disposition in the target area.

“The GRF are not just seeing a three dimensional picture of where they are going, they are actually seeing the fourth dimension—time,” Babbitt said. “They are watching their objective over time, watching the enemy and the disposition of forces and how things change just before they jump in to assault that objective.”

EMC2 provides access to intelligence products and collaborative planning along with a full office suite of computers, workstations, and chat— all onboard an airplane to a force that had previously been without robust en route communications or had exceptionally little bandwidth. In essence, the aircraft becomes a high capacity command post with commanders and Soldiers receiving the same level of information as they would on the ground, said Cpt. Mindy Brown, WIN-T Increment 1 project lead for EMC2.

In response to an ONS, PM WIN-T fielded the 82nd Airborne Division several very small “jumpable” satellite dishes. As with EMC2, new technology that reduces size, weight and power requirements enabled those dishes to provide early entry units roughly the equivalent amount of bandwidth as an established brigade command post would use in the field. 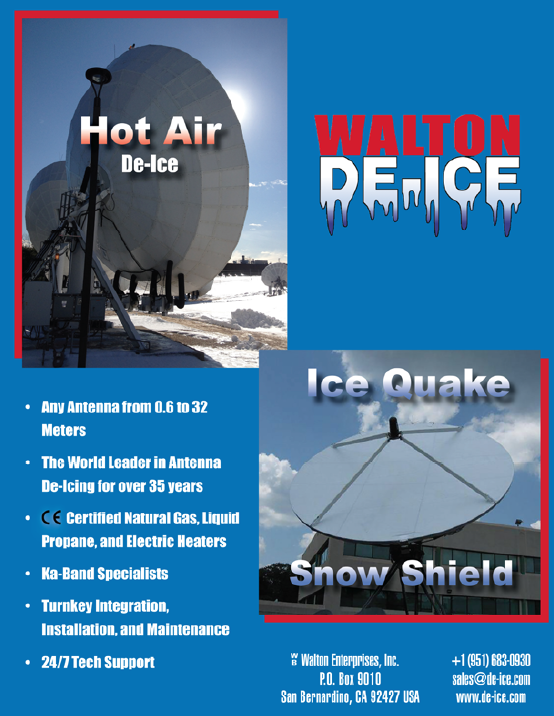 Just as EMC2 transforms the aircraft into an in-flight command post, these small satellite capabilities transform the drop zone into a “tent-less” command post. The Army is looking at commercial technology to field for these early entry operations, along with slightly larger dishes that would support follow-on operations at the edge of the battlefield.

EMC2 and early entry SATCOM, provides robust anytime situational awareness and increases the expeditionary nature of Army forces. If the Army can communicate anytime, anywhere and shed that traditional command post infrastructure when needed, it can rapidly and successfully conduct a wider range of missions throughout the world.

Babbitt added, “Constant connectivity is key to situational awareness and the ability to flexibility and dynamically change the plan. Winning in a complex world means getting all the information you can to make good decisions in a constantly evolving and changing environment.”

Technologies For New UAS Capabilities @ Sea To Be Shared By DARPA

Tern, a joint program between DARPA and the U.S. Navy’s Office of Naval Research (ONR), seeks to give forward-deployed small ships the unprecedented capacity to serve as mobile launch and recovery platforms for medium-altitude, long-endurance unmanned aerial systems (UAS).

These systems would provide long-range intelligence, surveillance and reconnaissance (ISR) and other capabilities over greater distances and time periods than helicopters and would require far less dedicated infrastructure resources than conventional fixed-wing manned and unmanned aircraft. As part of its individual investment in Tern, DARPA has launched two successful technology demonstration efforts that grew from Phase 1 research and are separately approaching potential transition to the Services:

SideArm: DARPA’s SideArm effort seeks to create a self-contained, portable apparatus able to horizontally launch and retrieve UAS of up to 900 pounds from trucks, ships and fixed ground facilities. The small-footprint system is designed to enable rapid setup and controlled decelerations and adapt to current and future UAS. Based on subscale tests last summer, DARPA will conduct further risk reduction and hardware testing this year, and then plans to test recovery of two different aircraft types at full scale.

“Through SideArm, TALONS and other projects, DARPA aims to make it much easier, quicker and less expensive for the Defense Department to deploy persistent ISR and strike capabilities almost anywhere in the world,” said Dan Patt, DARPA program manager.