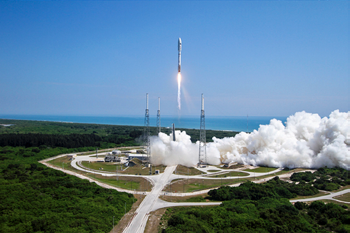 This is ULA’s fifth launch this year and the 96th successful launch since the company was formed in December of 2006, the sixth launch of the 501 configuration, and the 54th mission launched using an Atlas V rocket.

The primary objectives of the X-37B are twofold: reusable spacecraft technologies for America’s future in space and operating experiments which can be returned to, and examined, on Earth.

The X-37B Orbital Test Vehicle is the newest and most advanced re-entry spacecraft. Based on NASA’s X-37 design, the unmanned OTV is designed for vertical launch to LEO altitudes where the craft can perform long duration space technology experimentation and testing.

Upon command from the ground, the OTV autonomously re-enters the atmosphere, descends and lands horizontally on a runway.

The X-37B is the first vehicle since NASA’s shuttle orbiter with the ability to return experiments to Earth for further inspection and analysis. However, the X-37B can stay in space for a much longer period of time.

This was the fourth time that the X-37B has flown on an Atlas V launch vehicle.

“Congratulations to the Air Force and all of our mission partners on this successful launch! The seamless integration between the Air Force, Boeing, and the entire mission team culminated in the successful launch of the AFSPC-5 mission” said Jim Sponnick, ULA vice president, Atlas and Delta Programs.

The EELV program was established by the United States Air Force to provide assured access to space for Department of Defense and other government payloads.

Following primary spacecraft separation, the Centaur will change altitude and inclination in order to release the CubeSat spacecraft which are sponsored by the National Reconnaissance Office (NRO) and the National Aeronautics and Space Administration (NASA). 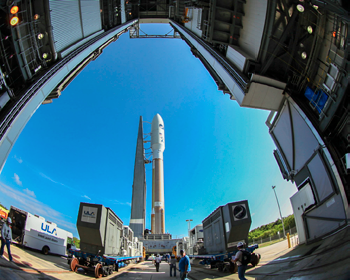 Force Base, California, is the U.S. Air Force’s center of acquisition excellence for acquiring and developing military space systems.

ULA has successfully delivered more than 90 satellites to orbit that provide critical capabilities for troops in the field, aid meteorologists in tracking severe weather, enable personal device-based GPS navigation and unlock the mysteries of our solar system.

ULA’s next launch is the Atlas V GPS IIF-10 mission for the U. S. Air Force, scheduled for July 15 from Space Launch Complex-41 at Cape Canaveral Air Force Station, Florida.

The U.S. Army has announced that contracts have been awarded to two vendors—Harris Corporation and Thales Defense and Security Incorporated—for Handheld, Manpack and Small-form Fit (HMS) Rifleman Radios. 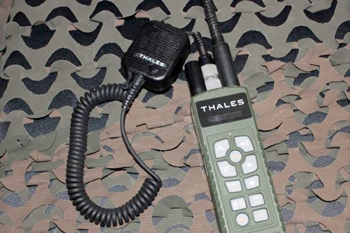 The awards are part of the Army’s full and open competition radio marketplace approach for the Full Rate Production (FRP) phase of the program. Each vendor will produce 50 radios, which will undergo laboratory tests to determine if threshold requirements have been met. If the vendor meets qualifications, then its radios will move to the next phase, an operational evaluation.

If the vendor does not meet qualifications, then the vendor will be off-ramped. Vendors that are found to be qualified through testing will then compete to fill delivery orders as needed by the Army.

The contract is structured as a five-year base ordering period, plus a five-year optional ordering period multiple award indefinite delivery, indefinite quantity (IDIQ). Under the competitive Non-Developmental Item (NDI) strategy, additional vendors will have an opportunity to on-ramp if their technologies mature after the initial competition and operational tests.

With each new generation, the Army plans to procure radios with better capabilities, including faster processors, increased power and battery life and decreased weight. FRP fielding is scheduled to begin in Fiscal Year 2017. 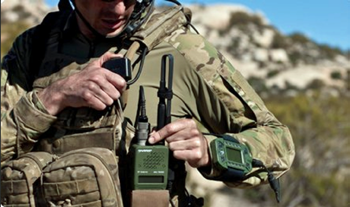 “By working closely with our requirements and contracting teams, these contract awards are a critical step in moving closer toward Full Rate Production of the Rifleman Radio. Using the non-developmental item strategy, we are hoping to procure superior radios at lower costs, relying on a competitive, innovative radio marketplace,” said Colonel Jim Ross, Project Manager Tactical Radios. “These radios are key in closing the information gap on the battlefield.”

The Rifleman Radio is a lightweight, hand-held radio that transmits voice and data past terrain obstacles and beyond line of sight via the Soldier Radio Waveform (SRW). Carried by Soldiers at the platoon, squad and team levels, the Rifleman Radio uses the SRW to transmit information up and down the chain of command, as well as into the network backbone provided by the Warfighter Information Network-Tactical (WIN-T).

Through Low Rate Initial Production, the Army has already purchased 21,379 Rifleman Radios. The Army has been authorized to purchase up to 171,933 radios through the FRP phase of the program.

The Rifleman Radio is a critical component of Lower Tactical Internet (LTI) communication architecture, which is part of the Army’s Capability Set (CS) fielding strategy. 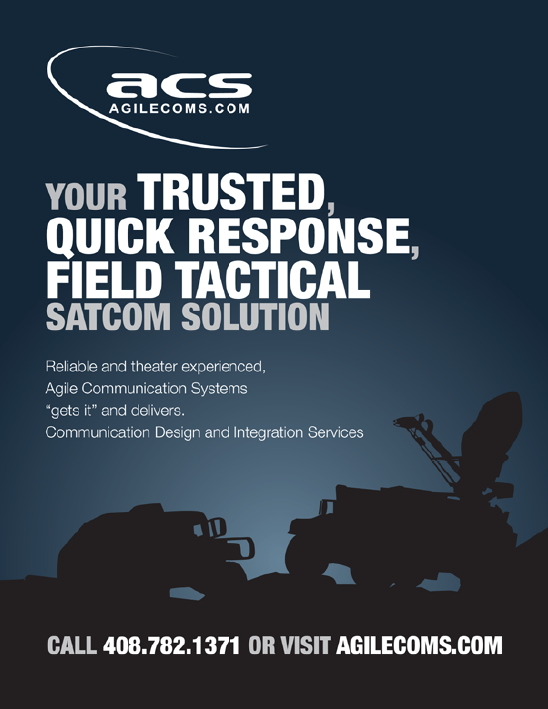 The Scalable SIRU™ has proven its performance during numerous space missions, including NASA’s MESSENGER mission to orbit Mercury and the Global Precipitation Measurement mission.

At the heart of the Scalable SIRU™ is Northrop Grumman’s patented hemispherical resonator gyro, which has been used in space without a mission failure for more than 30 million operating hours. 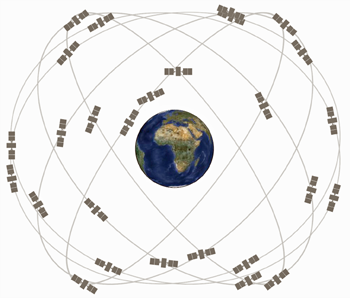 This draft RFP marks a milestone in the Air Force’s ongoing efforts to reintroduce competition into the Evolved Expendable Launch Vehicle  (EELV) program. This is the first of nine space launch missions that the Air Force plans to compete in its EELV Phase 1A strategy.

“This is our first competition for EELV launch services in over a decade,” said Lt. Gen. Sam Greaves, Air Force Program Executive Office for Space. “Our intent is to reintroduce competition while maintaining our focus on mission success in support of National Security Space launches.”

Internet speed has always been a problem for service members at both U.S. Naval Station Guantanamo Bay and Joint Task Force Guantanamo, but those issues are progressively becoming fewer.

The recent installation of a new satellite dish signified the launching day for the new and improved Internet through iFONE, Inc. The process began approximately in September of 2014, when former Secretary of Defense Chuck Hagel heard concerns Troopers expressed here.

“He heard the feedback from troops in Guantanamo that slow Internet was a top morale concern,” said Tara Culbertson the Morale, Welfare & Recreation director. “

From his direction, Defense Information Systems Agency sent a team of approximately a dozen staff to GTMO to truly understand the issues, barriers, challenges and opportunities to improve Internet speeds.”

Culbertson said the improvement of Internet connectivity wasn’t only for mission requirements but to help boost morale at MWR facilities, and provide service members the opportunity to improve their purchased Internet for housing.

Scott French, MWR Internet technologies director, said the new Internet at MWR locations has increased the capacity here by 10 times the amount of the previous systems here. The locations that will see the fastest speeds are the four MWR Liberty Centers. 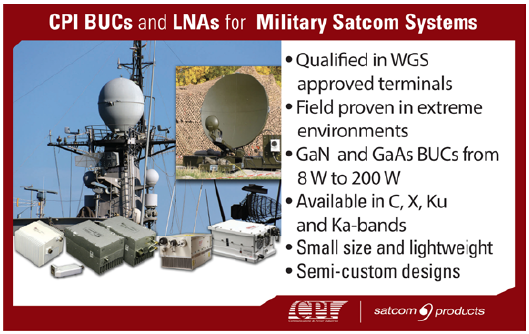 The Liberty Centers are open to all unaccompanied active military members, and are located at Camp America, Tierra Kay Housing, Deer Point and Marine Hill.

“However, all other MWR facilities with Wi-Fi will also enjoy the new Internet bandwidth capacity—that includes the bowling alley/ Taco Bell, Windjammer, Bayview, Triple C Coffee Shop, the library and more,” Culbertson said. “You will also see changes in

some of the bases internal functions, such as the length of time it takes to run your credit card when you pay for your dinner bill, or the time it takes to check out a book at the library,” French said.

Culbertson said she couldn’t be happier with the feedback she has received since the project was completed.

Although the upgrade won’t have an immediate effect on Internet capabilities in living quarters, faster Internet is expected shortly for the housing units.

The increase in GTMO’s Internet bandwidth by tenfold has already made people notice and is a welcome addition to the community.

Aitech Defense Systems Inc. now offers their rugged A661 with the largest number of GbE ports in a robust military qualified enclosure. 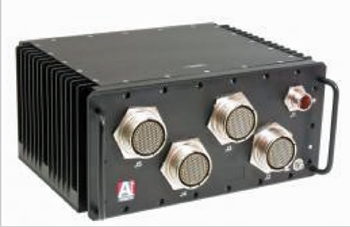 Durable and robust enough for use in several military, aerospace and LEO space environments, the radiation-tested and qualified A661 is ideal for interconnecting weapons platforms to multiple independent data servers creating large, compute clusters and interfacing to data archive drives.

For example, The A661 can provide control and data pathways to remote experiment Low Earth Orbit (LEO) platforms, including the International Space Station.

It is EMI/RFI-protected and housed in a rugged chassis to withstand severe shock and vibration as well as exposure to environmental elements, such as altitude, humidity and temperature extremes.

Complete with its own operating system (OS) and Ethernet application, this new, managed switch requires no additional user code and functions and operates as a stand-alone unit. 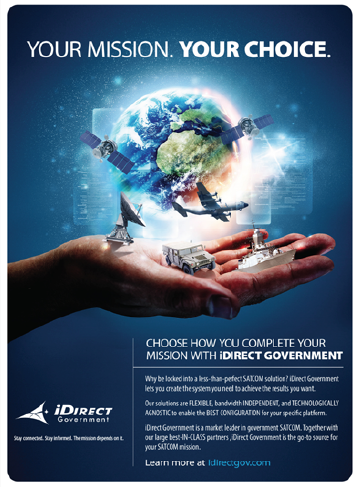 The C660 boards within the A661 support Layer 2 and Layer 3 routing and switching for all 48 ports via a Marvell Presera 98DX4122 multi-layer packet processor.

All ports support connections up to 1000Base-T and offer many features such as auto negotiation, auto MDI/MDIX, HOL blocking prevention and flow control (IEEE 802.3x).

To enhance reliability and serviceability, the A661 includes BIT (Built-In Test) and board management devices including a system power controller, elapsed time recorder, temperature sensors and a real time clock.

In place of harnessing, Aitech’s proprietary solid-state transition module routes I/O signals between the backplane and the front panel connectors.