Lockheed Martin + Us Navy—It’s A Hand-Off 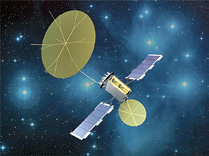 The system dramatically improves secure communications, delivering simultaneous and prioritized voice, video and data for the first time to users on the move.

“MUOS-2 benefits from continuous improvement. We completed our baseline on-orbit testing in half the time compared to MUOS-1,” said Iris Bombelyn, vice president of Narrowband Communications at Lockheed Martin.

“We look forward to supporting the Navy’s test and evaluation phase to demonstrate the total capability of the Mobile User Objective System. When commissioned, the full digital data and flexible network management capabilities will be available to users for both MUOS-1 and MUOS-2.”

The Naval Satellite Operations Center will soon begin relocation operations to place MUOS-2 in its operational slot. There, it will undergo testing and evaluation prior to formal government commissioning in 2014.

MUOS satellites are equipped with a wideband code division multiple access (WCDMA) payload that provides a 10-fold increase in transmission throughput over the current Ultra High Frequency (UHF) satellite system, which is also on board.

The WCDMA payload gives users the advantage of high-speed data and priority access that legacy systems did not.

Lockheed Martin’s MUOS operations team conducted the on-orbit deployment and checkout of all spacecraft systems over a four month period.

The spacecraft systems and integrated ground and network systems were evaluated with three radio access facilities and new MUOS-compatible terminals.

A growing number of terminals are taking advantage of the MUOS advantage since first connections with the advanced waveform began earlier this year.

Government testing will take place before MUOS-2 is turned over to U.S. Strategic Command for operational use.

The most recent ILS launch of the Inmarsat-5 F1 satellite on December 8th will bring data services to both commercial and government users who could be on land, sea and in the air. 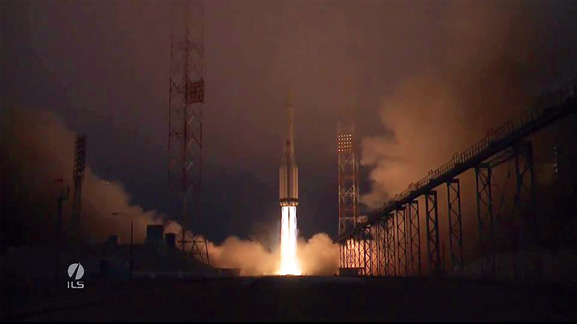 Photo of the Proton Breeze launch of the Inmarsat-5 F1 satellite is courtesy of International Launch Services.

Powered by one RD-0213 engine, the third stage develops thrust of 583 kN (131,000 lbf), and a four-nozzle vernier engine that produces thrust of 31 kN (7,000 lbf). Guidance, navigation, and control of the Proton M during operation of the first three stages is carried out by a triple redundant closed-loop digital avionics system mounted in the Proton’s third stage.

Each Inmarsat-5 satellite will carry 89 Ka-band beams that will operate in geosynchronous orbit with flexible global coverage. The satellites are designed to generate approximately 15 kilowatts of power at the start of service and approximately 13.8 kilowatts at the end of their 15-year design life. 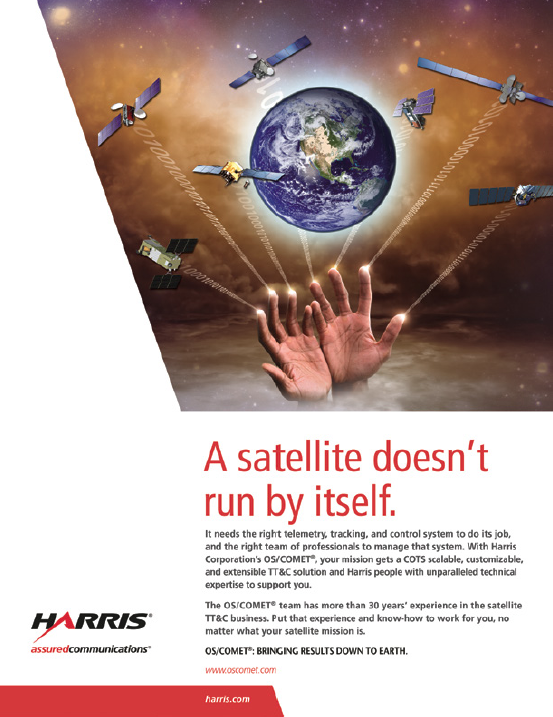 The first three stages of the Proton used a standard ascent profile to place the orbital unit (Breeze M upper stage and the Inmarsat-5 F1 satellite) into a sub-orbital trajectory.

This Inmarsat satellite is one of three Ka-band Inmarsat-5 satellites that were ordered from Boeing by the London-based company, at a cost of about $1 billion under a fixed-price contract, with options.

When operational, the Inmarsat-5 satellites will provide Inmarsat with a comprehensive range of global mobile satellite services, including mobile broadband communications for deep-sea vessels, in-flight connectivity for airline passengers and streaming high-resolution video, voice and data with the ability to adapt to shifting subscriber usage patterns of high data rates, specialized applications and evolving demographics.

When operational, the Inmarsat-5 satellites will provide Inmarsat with a comprehensive range of global mobile satellite services, including mobile broadband communications for deep-sea vessels, in-flight connectivity for airline passengers and streaming high-resolution video, voice and data.

Also, in a separate arrangement, Boeing also entered into a distribution partnership with Inmarsat to provide L- and Ka-band capacity to key users within the U.S. government. 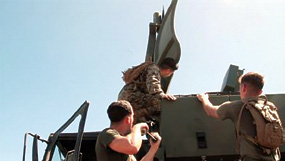 The system allows air traffic controllers to contact incoming and outgoing aircraft and analyze flight patterns. Additionally, the controllers use the mobile system to guide pilots through their final approach to the runway when visibility is poor.

“The last time we were able to use the system was during an exercise, and now it is going to play an effective role during a real-world operation,” said Gunnery Sgt. Lee A. Pugh, a radar chief with Marine Air Control Squadron 4, currently assigned to 3rd MEB.

The air traffic control tower at Tacloban airport was severely damaged by Typhoon Haiyan and is limited in its ability to manage the high volume of daily air traffic. The system will assist the Philippine Air Force in operations based out of Tacloban.

With the system in place the Philippine Air Force will better be able to manage multiple flights at once, according to Sgt. Jonathan Haasl, a radar electronics technician with MACS-4.

With frequent inclement weather in the Asia-Pacific region, the system plays a vital role in assuring the pilots, crews, aircrafts and most importantly, the aid supplies make it safely to their destination, according to Pugh. 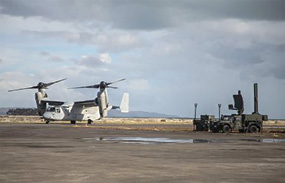 An MV-22B Osprey prepares to take off near an air traffic navigation, integration and coordination system here November 20 as part of Operation Damayan, a humanitarian and disaster relief operation underway in the Philippines. The expeditionary navigation system provides air traffic controllers a platform to guide and direct aircraft in the absence of a typical tower. The system was deployed for the first time in response to Typhoon Haiyan, which struck the Philippines, November 7 with estimated sustained winds of more than 200 mph. Photo by Lance Corporal Anne Henry, Marine Expeditionary Force / Marine Corps Installations Pacific

“There are several components that make up the system, like the portable electric units, air-surveillance radar system, radios and a precision approach radar system,” said Pugh.

The unit’s expeditionary capabilities are enhanced due to the mobility of the system.

“The unique feature of the system being mounted on multipurpose-tactical vehicles makes it easy for us to move to essential areas where it can make a difference, while not wasting valuable time,” said Pugh.

The system is a key capability of Marine Corps crises response around the world, whether a humanitarian assistance and disaster relief scenario or contingency operations.

“The system provides on the spot air surveillance and a rapid response, which is useful to expeditionary airfields like the one at Tacloban,” said Col. Brian W. Cavanaugh, the commanding officer for the 3rd MEB aviation combat element.

Besides bringing precision approach information to aircraft preparing to land, it is also useful in joint and bilateral operations, providing a safer environment for aircraft in the area, according to Cavanaugh.

“The safety of all the people on the aircraft is the most important part of the mission,” said Cavanaugh. “With this system, we can guide pilots to a three foot by three foot square safely and efficiently.”

Photo of the NATO version of the Global Hawk UAV.

The system will provide NATO with unprecedented near real-time terrestrial and maritime situational awareness information throughout the full range of NATO military and civil-military missions, including peacekeeping and humanitarian relief operations.

The NATO AGS system will be a major contribution to NATO’s joint intelligence, surveillance and reconnaissance (ISR) capability.

The NATO AGS system also includes European-sourced ground assets that will provide in-theater support to commanders of deployed forces. Mobile and transportable ground stations will provide an interface between the AGS core system and a wide range of interoperable NATO and national command, control, intelligence, surveillance and reconnaissance systems. 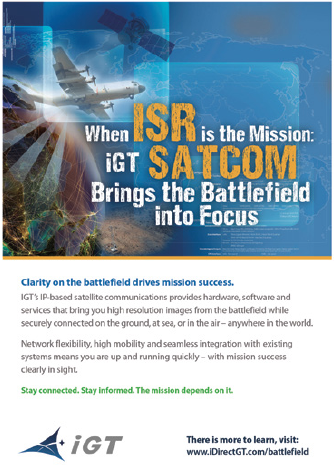 The NATO Alliance Ground Management Agency awarded the prime contract for the system to Northrop Grumman in May 2012 during the NATO Summit. The company’s primary industrial team includes EADS Deustchland GmbH (Cassidian), Selex ES and Kongsberg, as well as leading defense companies from all participating nations. The NATO AGS system is a variant of the combat-proven Global Hawk, which has logged more than 100,000 flight hours and has supported operations in Iraq, Afghanistan and Libya. The system has also collected weather data in support of scientific missions and participated in humanitarian relief efforts after the devastating natural disasters in Haiti, Japan and the Philippines.

In its 60 year history, the Air Force Space and Missile Systems Center has successfully launched some of the largest and most sophisticated satellites ever created.

In an era of limited fiscal resources, the SENSE mission is SMC’s latest demonstration of its commitment to delivering affordable and resilient space capabilities for the United States military.

Sponsored by the SMC Defense Weather Systems Directorate, the SENSE mission will collect data for characterizing Earth’s upper atmosphere. The two SENSE satellites were developed by a small team of engineers at Boeing Phantom Works in Huntington Beach, California.

The satellites were designed to conform with the CalPoly CubeSat Design Specification, enabling low-cost launch opportunities for universities and research organizations to fly space experiments.

The sensors on the SENSE satellites were built by the Stanford Research Institute, the Naval Research Laboratory, and The Aerospace Corporation. Combined, the SENSE instrument suite provides an important demonstration for monitoring and forecasting changes in Earth’s ionosphere.

While unnoticeable to humans on the ground, the ever-changing ionosphere overhead can wreak havoc on radio transmissions both to and from space. This can disrupt satellite-based communications and GPS signals that military and civilian users depend on.

In addition to its space weather mission, the SENSE program is also an acquisitions experiment. The SENSE satellites were designed to be affordable and rapidly deployable. The SENSE program invested significant effort to employ systems engineering processes selectively to minimize administrative burdens without compromising quality and mission assurance.

The satellites leverage commercial-off-the-shelf electronics and open source standards to minimize research and development investments. Further, the satellites do not use radiation-hardened components and have little redundancy.

These design trades will result in a shorter mission life, but they enable satellites like SENSE to be produced quickly, inexpensively, and in large quantities. Moreover, this acquisitions model enables future generations of satellites to be more responsive to the rapid pace of innovation in the micro-electronics industry.

Beyond the SENSE satellites, the program’s ground system is also an innovative solution designed to provide substantial savings over the mission’s one- to three-year lifetime. Known as the Common Ground Architecture, this command and control tool was developed by the Naval Research Laboratory.

This tool is highly automated and configurable so that it can fly many satellite missions with minimal operator oversight. The SENSE ground and data processing system is being operated through partnerships with the SMC Space Development and Test Directorate, the SMC Infrared Systems Directorate, and the Air Force Research Laboratory’s Space Vehicles Directorate to fly future experimental space missions for the U.S. military.

In summary, the SENSE program is establishing an important precedent for future Air Force space acquisitions. By implementing an agile acquisitions strategy using the CubeSat form factor, SENSE is a pathfinder to future low-cost space architectures for operational military applications. 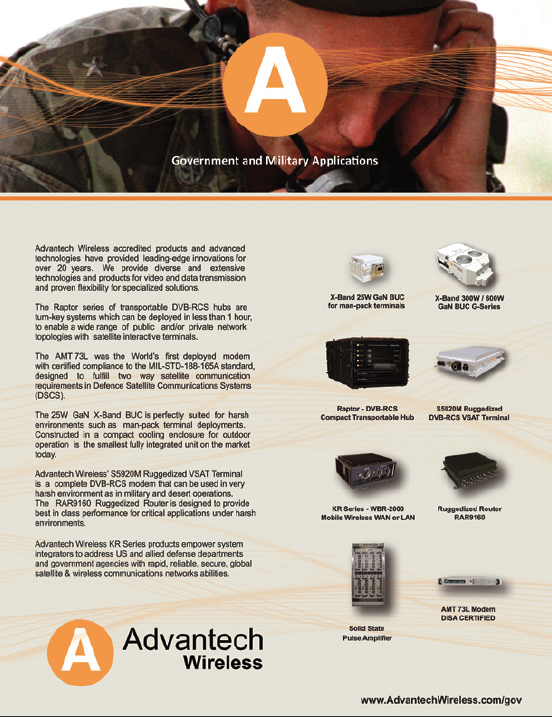 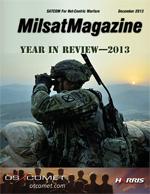