When then-Lieutenant General John E. Hyten offered his perspective on the value of Space Situational Awareness a year ago, he was, in effect, outlining the qualifications of his successor as Vice Commander of Air Force Space Command, Major General David D. Thompson.

“I don’t know why it’s so difficult for people to understand why we need Space Situational Awareness (SSA),” Hyten told the Space and Missile Defense Symposium on August 14, 2014, in Huntsville, Alabama.  “If you’re a soldier, one of the most important things you need is awareness of the battlespace around you before you go into a fight. If you’re a Navy sailor, you don’t want to go sailing the seas without full knowledge of everything that’s around you, just for safety of passage, if nothing else. If you’re in the air, goodness knows you have to set up multiple safety mechanisms to make sure you can fly safely... So why is it so hard for people to understand that in space, the 73 trillion cubic miles of space that is our (Area of Responsibility), we need situational awareness as well? We have to have it.”

A year later, Hyten runs Space Command. Thompson answers directly to him and brings not only an understanding of all of those service needs, but a resumé that includes doing something about improving SSA from his former job as Plans and Operations chief (J-5) with US Strategic Command.

In January, Thompson signed a technical agreement wherein Germany joined with the United Kingdom, South Korea, France, Canada, Italy, Japan and Australia, as well as the European Space Agency, the European Organization for the Exploitation of Meteorological Satellites and 46 commercial entities in 16 countries, to share data to enhance multinational space cooperation.

“Our intent with combined space operations is to mirror some of the partnerships we have in other mission areas that are long-term and enduring,” Thompson said in a Defense Department blog posting. “Joining together in a coalition is a statement of assurance that each nation is committed to effective, mutually supportive conduct of operations in space.” 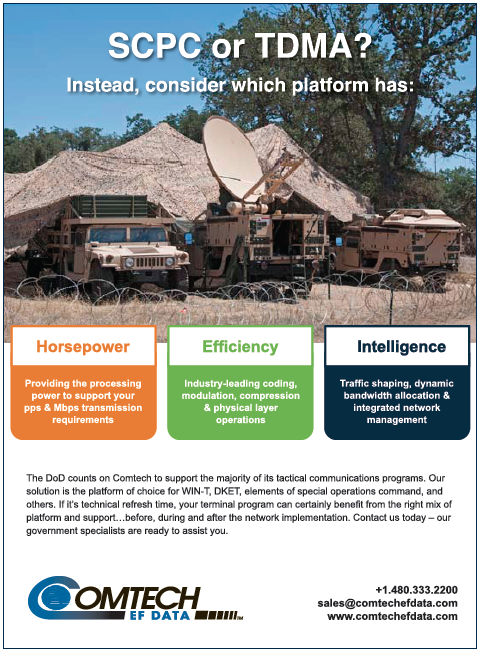 Acknowledging that the use of space is becoming more competitive and congested, Thompson is acutely aware of the growing problem of space debris that threatens free use of that 73 trillion cubic miles the Air Force is responsible for monitoring. This is an area of concern for commercial satellite operators, as well as the military. Perhaps more to the point, it’s an area of concern for everyone.

“We have more than 30 GPS satellites on orbit today providing global navigation and positioning for the world,” he said in a Defense Department news story. “Networks that run those and the timing required to keep them all in sync is enabled through the global positioning system that every US citizen and just about every advanced global citizen depends on.”

Those concerns are why the Joint Functional Component Command for Space tracks more than 17,000 objects in space, about 1,100 of which are active satellites.

The debris is added to continually. When the Chinese tested an anti-satellite weapon in 2007, 1,500 more objects were created instantly. And when an inoperable Russian spacecraft collided with the Iridium 33 communications satellite in 2009, STRATCOM took on the role of monitoring the debris and warning others when their satellites were threatened.

The warning capability recently became enhanced when an organization of six commercial satellite operators—including Intelsat—stood up to work alongside military personnel at the Joint Space Operations Center at Vandenberg Air Force Base on a six-month trial.

General Thompson is acutely aware of how the debris problem impacts SSA. It’s just part of his perspective about the area in which he works.

“Space is not owned by anyone,” he said in a Defense Department news story. “It is used by all, and we strongly support responsible and safe use of space and transparency of operations that go on in space.”

General Thompson then warned that Earth is not the only fragile environment. “We are talking decades or centuries before (space) will clean itself naturally, so we have to share and act responsibly with this precious resource because it’s so important to all of us.”

This is an understanding he brings to his new job, gleaned from years of working with satellites and the people who operate them.