Ultra’s range of advanced man portable and flyaway satellite terminals, designed to meet the demands of secure government and military SATCOM, have been accredited for operations on Avanti Communication’s fleet of high-throughput satellites.

Avanti’s high-capacity, Ka-spectrum satellites provide fixed beams covering the EMEA region and steerable beams spanning from the Americas to Asia. Merging this capability with Ultra’s range of terminals, specially designed to operate in the harshest environments, means that end users will have continuous access to reliable communications regardless of where they are operating.

Using Avanti’s high throughput beams, trials across Ultra’s line of terminals showed outstanding throughputs in excess of 150 Mbps in the Forward and Return routes. This capability means government customers now have the ability to provide headquarters-levels of capacity through a terminal that can fit on their back. 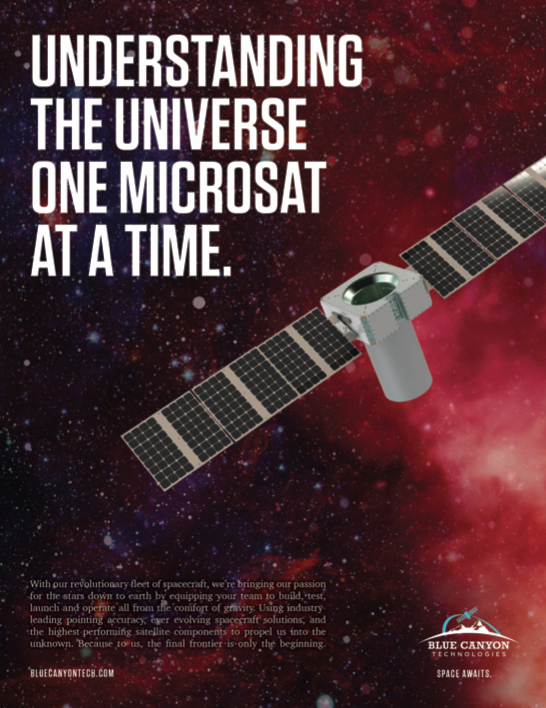 The efficiency of these terminals, coupled with the high capacity of Avanti’s high throughput steerable beams, will allow government customers to deploy multiple terminals operating simultaneously on one of Avanti’s steerable beams – all delivering in excess of 100 Mbps per terminal. 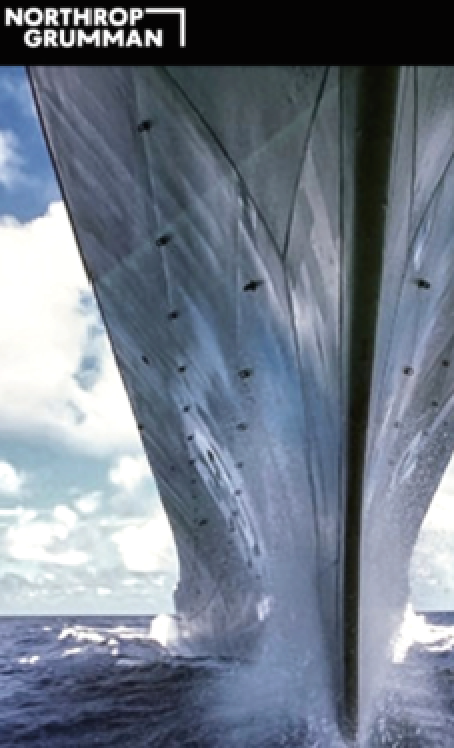 “With C5ISR and control system test and integration underway, the ESG-Northrop Grumman team hasn’t missed a beat,” said Todd Leavitt, vice president, maritime systems and integration, Northrop Grumman. “The effort and resiliency shown by our teammates at Eastern Shipbuilding Group has been outstanding.” 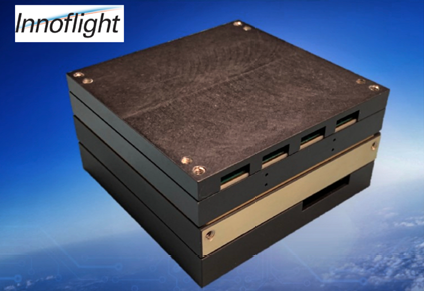 This program will be the first generation of SDA’s Tracking Layer, an important step towards the development of a National Defense Space Architecture. The Tracking Layer satellites will provide global indications, warning, tracking, and targeting of advanced missile threats, including hypersonic missile systems.

This capability encompasses space-based sensing, as well as algorithms, novel processing schemes, data fusion across sensors and orbital regimes, and tactical data products able to be delivered to the appropriate user. 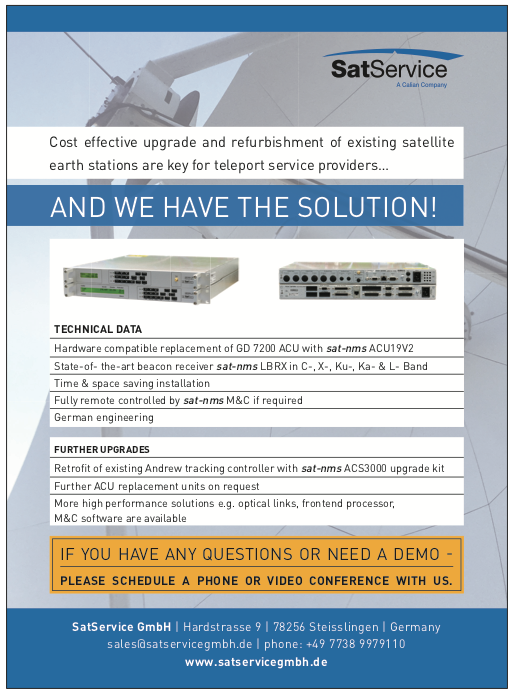 Under its contracts with L3Harris Technologies, Innoflight will be delivering a total of 24, CFC-400X. Each space vehicle will be equipped with thee CFC-400X covering the black side processing, red side processing and Battle Management, Command, Control, and Communications (BMC3) processing functions.

The CFC-400X uses qualified parts and on-board mitigation methods to provide a reliable spaceprocessing platform for small spacecraft in all orbits. It is equipped with a variety of Input Output (IO) interfaces, including Ethernet and SpaceWire interfaces.

“Innoflight’s collaboration with 3 out of the 4 SDA Transport and Tracking Layers Tranche 0 prime contractors is a confirmation that our technology, across our 3 product lines, is well aligned with the SDA National Defense Space Architecture objectives for Tranche 0 and beyond.”

Kymeta has been selected to participate in the U.S. Army’s Armored Brigade Combat Team (ABCT) Satellite Communications-On-The-Move (SOTM) pilot program — this program will assess communications solutions on select vehicles to enhance battlefield network and command post communications. The ABCT pilot program will be led by General Dynamics Mission Systems and Kymeta will supply eight u8 terminals for integration and testing on a variety of ABCT vehicles. According to Kymeta, the company is the world’s first and only metamaterial-based SOTM terminal and its electronically steered flat panel antenna platform uses satellite and cellular connectivity for SOTM and on the Communications-On-The-Pause (COTP).

Kymeta’s advanced SOTM terminals automatically acquire and track satellites, join associated networks and establish communications without moving parts or operator intervention. In addition, the u8 supports multiple modems and network architectures, ensuring that legacy systems are interoperable and that they have the highest levels of security, encryption, and authentication.

“Kymeta’s advanced technology has become an operational asset in many Special Operations units. We are honored to support the U.S. Army in its efforts to modernize ABCT communications,” said Rob Weitendorf, Vice President, Business Development, Kymeta. “On-the-move tactical connectivity is essential for combat teams during mission-critical operations, and we are proud to support PEO C3T and PM Tactical Network in its efforts to improve communications in the armored brigades.” 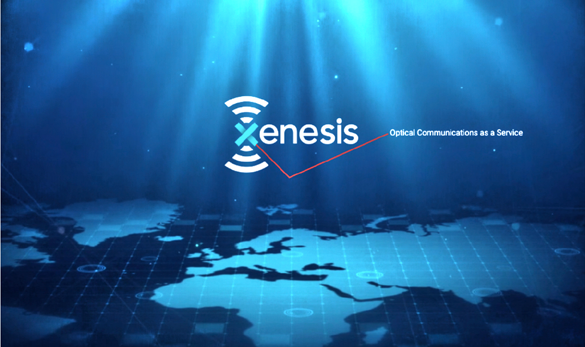 ASAT is led by Sean McDaniel, also CEO and co-founder of Atlas Space Operations (ATLAS). This move is the result of a mutual vision for advanced space communication technology shared between McDaniel and Mark LaPenna, the CEO of Xenesis. While each company focuses their operations in different areas and applications for satellite and space technology, the union will allow for certain synergies to be developed across the teams, as well as lead to better alignment on government and military solutions.

McDaniel spun off ATLAS Space Operations from Assured Space in 2015. Recently, Assured Space was awarded a Phase I SBIR through AFWERX to commercialize their dual purpose RF Lens based antenna technology, while adding value to US Space Force SATCOM and Space Domain Awareness missions. This announcement comes on the heels of another recent acquisition by the Xenesis team of a minority equity position in Space Micro Inc. (SMI).

“We are excited about our equity share in Assured and look forward to further codevelopment of intellectual property for Air Force as well as Space Force and other Xenesis customers that can benefit from the same cutting-edge IP,” said LaPenna. “Mark and I have a shared vision for advancing the art of the possible in satellite communications technologies since we met in 2016. ASAT’s 20 year history working on advanced US Government satellite programs coupled with our recently acquired RF Lens and Compressed Sensing technology brings interesting possibilities to the satellite communications stage for RF and optical,” said McDaniel.

Viasat’s INE, which was designed for a very low Size, Weight and Power (SWaP) constrained system, is expected to provide radiation-tolerant network encryption aligned with the LEO space environment and will be capable of supporting speeds exceeding 100 Megabits per second (Mbps) aggregate throughput, which makes it an outstanding encryptor to secure Link 16-to-LEO communications. The INE will also be able to secure the data flow between an unclassified spacecraft bus and the classified processing domain.

Over the past two decades, Viasat’s information assurance business has achieved a number of industry milestones. The Company’s PSIAM-based rugged, compact Type-1 cryptographic product portfolio already includes a ground-based satellite TT&C crypto (the KS-252) — which is currently deployed in the U.S. Air Force’s satellite communications ground station architectures. This crypto is the foundation for providing the same innovative, multi-functional, programmable value proposition to the space segment.

“In addition to building and testing the first-ever Link 16-capable LEO satellite prototype, Viasat is also focused on delivering the first high assurance, fully-programmable crypto deployed in space,” said Craig Miller, president, Government Systems, Viasat. “Our focus is on revolutionizing space-based cryptographic and cybersecurity solutions by moving away from embedded, fixed single-application ASICs and moving to ‘plug and play,’ fully-programmable, multi-functional and highly-efficient military-grade cryptos that can be rapidly deployed by supporting commercial off the shelf technology enhancements for small satellites.”

Reflecting on the newly released data, Space Foundation CEO, Tom Zelibor, said, “The global space ecosystem is an emerging force for continued growth and expanded opportunity worldwide. The Space Report’s Q2 findings verify that the global space economy not only weathered but actually emerged stronger from the worldwide pandemic that spanned three quarters of the year. It also validates the strength and resilience of the space ecosystem and illustrates why it’s well positioned for growing investment, market development, and employment opportunities across multiple sectors.”

The M6 MRH25N12U3 MOSFET is designed for future satellite system designs as well as serving as an alternate source in existing systems. The device can withstand total ionizing dose (TID) up to 100 krad and 300 krad and single event effects (SEE) with linear energy transfer (LET) up to 87 MeV/mg/cm2. It provides 100-percent wafer lot radiation hardness assurance in validation tests. “Microchip’s entry into the radiation-hardened MOSFET market reflects our long-term commitment to support our customer base and provide aerospace and defense OEMs and integrators with high-performance solutions and continuous supply,” said Leon Gross, vice president of Microchip’s Discrete Product Group business unit. “In addition to our proven quality and reliability, the M6 MRH25N12U3 provides a value pricing option for developers and offers them full application support.”