A recent visit by Defense Secretary Ashton Carter to Silicon Valley focused a lot of attention on the government’s role in fostering technical innovation. 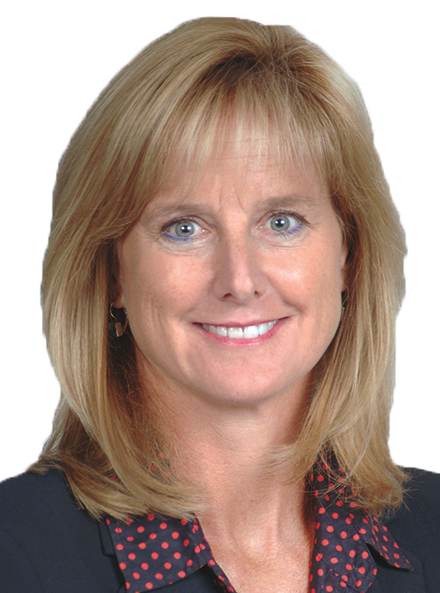 This visit reminded me about how the money invested in the Apollo Program in the 1960s that got American astronauts to the moon also fostered a wide range of technical innovations of benefit to mankind, including improvements in kidney dialysis, water filtration, monitoring hazardous gasses and flame retardant materials.

Now, the DoD wants to pick the smartest brains in the nation’s most successful high-technology companies. Dr. Carter went to Silicon Valley in Northern California to announce that the DoD would invest $75 million in a consortium of 162 companies, called the Flexible Hybrid Electronic Institute, which specializes in wearable electronics. He also visited the Pentagon’s new Defense Innovation Unit – Experimental, which was launched in April to scout promising technologies.

Commercial innovation isn’t just located in Silicon Valley—it can also be found much closer to home. Historically, the Pentagon has presented specific technical problems that commercial contractors then strived to solve. This approach has been used with satellites as well to develop such constellations as MUOS and WGS, where the Pentagon defined the capabilities the spacecraft needed and let private industry create the end product.

But in today’s budget climate, such government constellations are no longer affordable, and the DoD is now looking to the commercial space industry to deliver the highly advanced communications capabilities needed by troops in the field and ships at sea.

Intelsat General Corporation (IGC) is a leader in delivering continuously improved spacecraft that benefit both commercial and government customers. One example is the “digital payload” technology incorporated into Intelsat’s new EpicNG satellites, the first of which will be launched next year. Intelsat EpicNG‘s digital payload represents the latest generation of high performance technology initially developed by Boeing Co. for use on the DoD’s WGS satellites. This technology is also provided exclusively for commercial use on the Intelsat EpicNG satellite platform.

The digital payload will be instrumental in allowing flexible and efficient use of spectrum, resulting in a dramatic increase in the amount of throughput we can deliver on the satellites. In addition to efficiency, the technology also increases our ability to mitigate interference and purposeful jamming.

Antenna technology is another area where we are making great strides to deliver commercial applications that will also benefit our government customers. Intelsat has partnered with Phasor Inc. to co-design and produce an ultra-thin, active phased array, Ku-band satellite antenna. When used in conjunction with Intelsat EpicNG Ku-band satellites, the Phasor antenna technology is expected to enable unprecedented broadband speeds to civil and military jets of over 15Mbit/s to the aircraft and 5 Mbit/s from the aircraft.

Artistic rendition of an Intelsat EpicNG satellite. Image is courtesy of Boeing.

Intelsat is also working with Kymeta, another new antenna company, to produce a flat, thin, light and low-cost satellite tracking antenna designed to provide connectivity for a wide range of ground and maritime transportation applications, civil and military.

IGC technicians have vast experience gained over the past half-century of operating one of the world’s largest satellite fleets. We’ve developed a number of proprietary automation tools that allow just a few operators at a single location to simultaneously control more than 75 spacecraft orbiting the earth, in a range of orbit planes. This expertise benefits our commercial customers today, but could also benefit the US government, which is currently considering ways to shift the operation of military satellites over to commercial operators.

The US government plays a leading role in driving technical innovation by funding R&D at universities, through its Defense Advanced Research Projects Agency (DARPA), and now in Silicon Valley. This approach, and a new openness to true collaboration with the commercial space industry, will lead to new technologies that will benefit many industries. And it will better support the security of the United States in space.
intelsatgeneral.com/